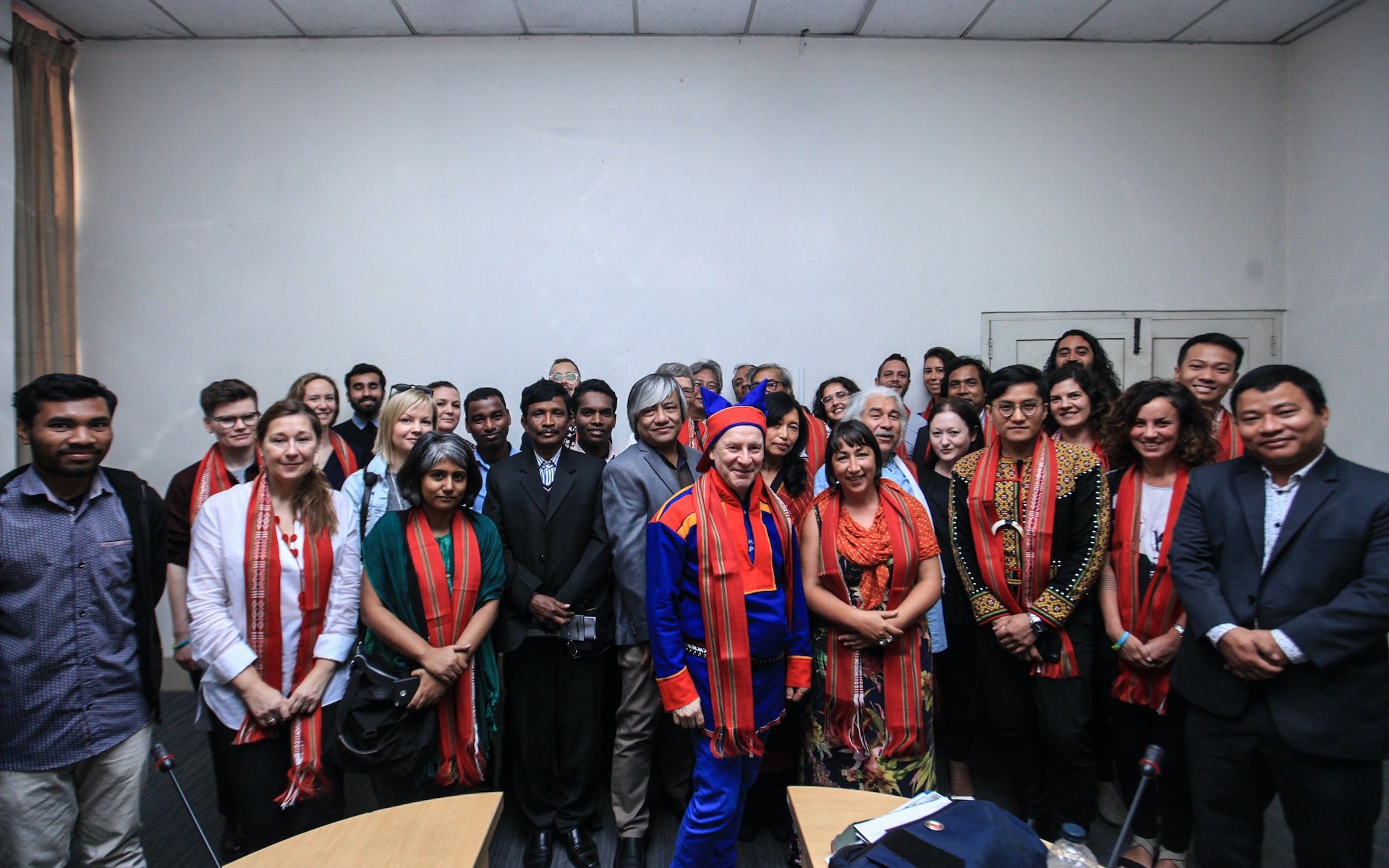 Sovereign Words. Facing the Tempest of a Globalised Art History

Our sovereignty is embodied, it is ontological (our being) and epistemological (our way of knowing), and it is grounded within complex relations derived from the inter-substantiation of ancestral beings, humans and land. In this sense, our sovereignty is carried by the body and differs from Western constructions of sovereignty, which are predicated on the social contract model, the idea of a universal supreme authority, territorial integrity and individual rights

OCA returned to Dhaka Art Summit in 2018 with ‘Sovereign Words. Facing the Tempest of a Globalised Art History’: a platform of panel discussions, lecture performances, group debates and readings during the Dhaka Art Summit 2018. ‘Sovereign Words’ was a new iteration of the ‘Critical Writing Ensembles’, committed to the strengthening of critical writing within and across communities of the world. The programme was launched by OCA during the Dhaka Art Summit in February 2016, and its preface was presented in Baroda in 2015.

The project convened artists, poets, storytellers, performers, curators, and scholars of Indigenous communities and non-Indigenous peers to reflect upon the words, writing forms, spaces and processes through which Indigenous artistic practices, their histories and contact points with the Western canon, have been and should be counter-narrated today. Within our contemporary context, ‘Sovereign Words’ considers the entanglement of writing a Western canon of art history that declares itself today as global. It does so in the face of the narration of Indigenous histories that have a planetary dimension, and against the modernist/colonial ideologies that frame them.

What would the new histories of the arts of Indigenous practitioners look, feel and sound like? Should novel methodologies of word/voice-crafting be constituted to embody and empower the Indigenous discourses of the future? Is it sufficient to widen the Modernist historical canon through the politics of inclusion? Is this broadening a new colonial model for Indigenous practices, or is it fostering the cosmopolitan-ness of thought that Indigenous communities have always inhabited? Who does the much talked-of ‘Indigenous Turn’ belong to in reality? Is it a Western project of introspection and revision in the face of today’s ecocidal, genocidal and existential crisis?

Indigenous thinkers are not seeking acceptance from the Western canon, but recognition as an ancient, highly influential and neighbourly body of discourse. Indigenous criticism from within the Indigenous artist and writer communities, with a capital C as Westerners know it, has been emerging globally for 30 years now. It has inspired critical thinking and artistic movements which the Western canon heralds as its own. Today, it is being built with an awareness of entangled perspectives, both Indigenous and non-Indigenous. The so-called ‘Indigenisation’ of the global arts world is much referred to, as artistic and other creative voices from Indigenous communities are increasingly sought after for exhibitions, festivals, biennials and art fairs, and as museums race to consider the global reach of their museological practices. Within this context, cultural workers (Indigenous and non-Indigenous) are facing the challenge of engaging meaningfully and ethically with the history – both present and future – of Indigenous arts and thoughts.

‘Sovereign Words’ was conceived by OCA, and organised in partnership with DAS, Artspace Sydney and the Australia Council for the Arts. 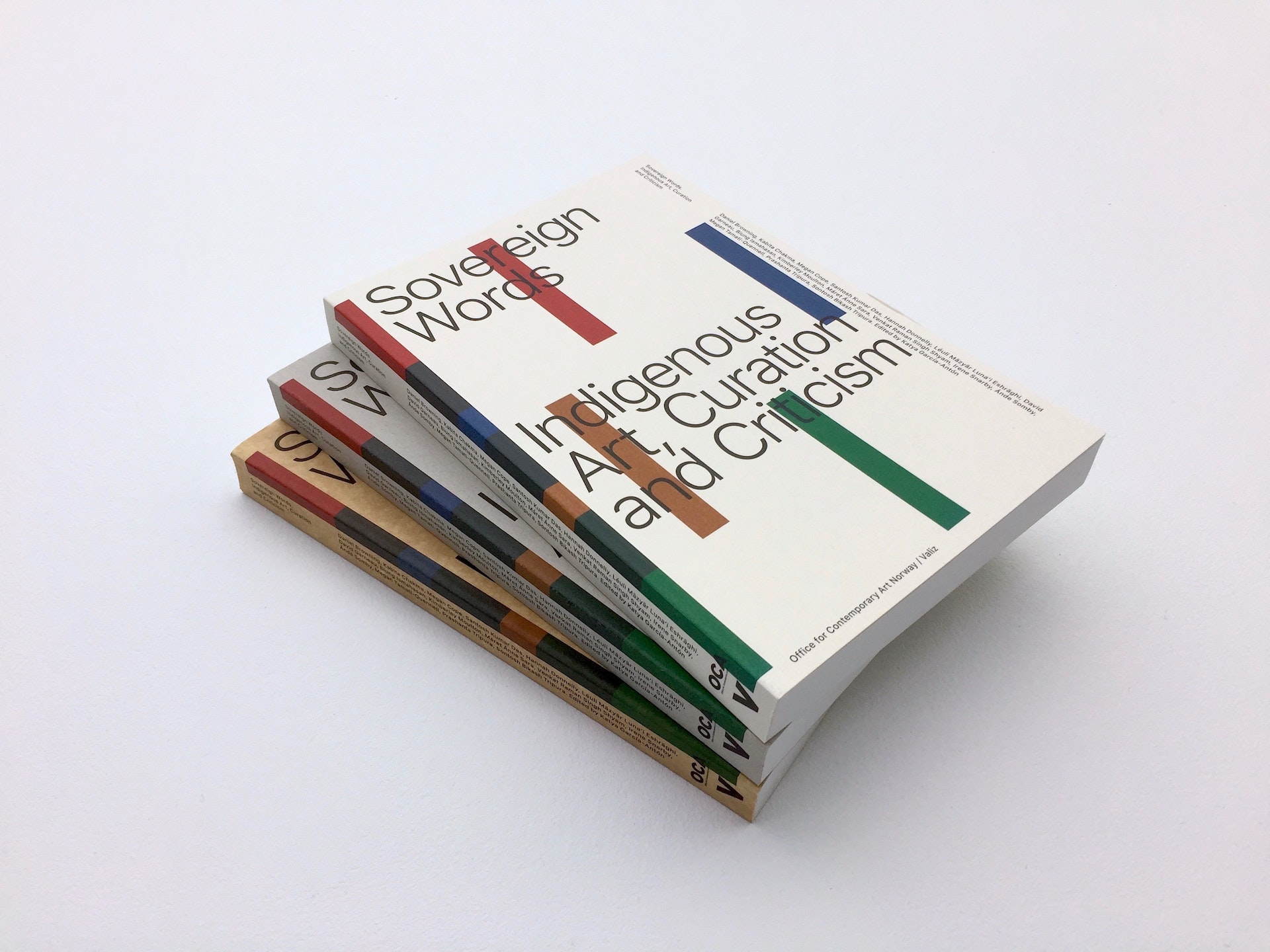