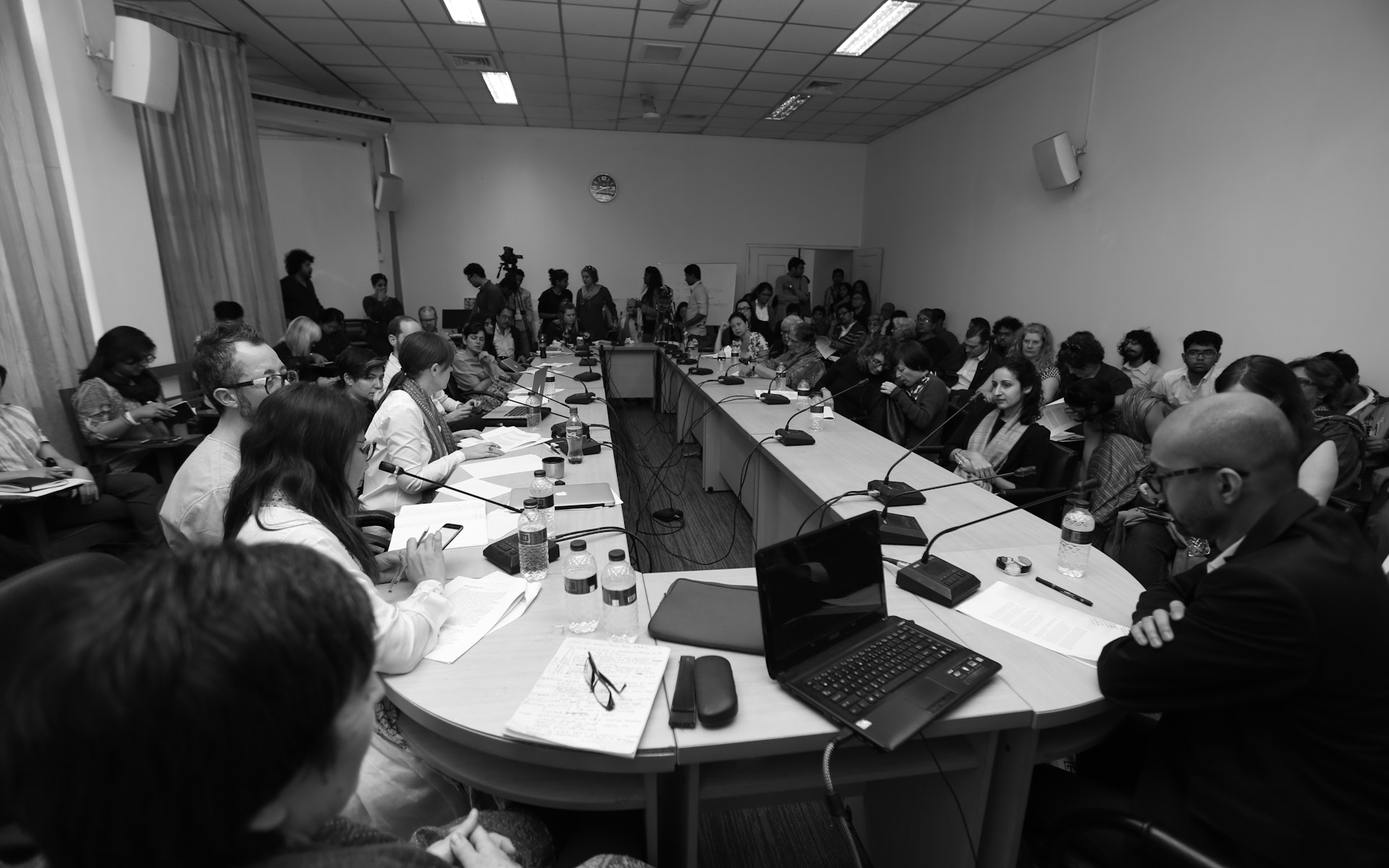 To reshape some histories, to bring back the forgotten others, to reassess and alter the already hazily known, to redefine some standards of writing and our understanding, thoughts and feelings of an era lost. More importantly, to allow this man to breathe his words […] Memory, collectively lost, can now be somewhat regained.

‘Critical Writing Ensembles’ (CWE) was a four-day platform of panel discussions, lecture performances, group debates and readings, within the context of the Dhaka Art Summit 2016. The Critical Writing Ensembles was launched by OCA Director Katya García-Antón (curator of the project) together with Diana Campbell Betancourt (Dhaka Art Summit Artistic Director), and was the result of a collaboration led by the Swiss Arts Council Pro Helvetia Chandrika Grover (Head of Liaison Office India) with Diana Campbell Betancourt, Katya García-Antón and Bhavna Kakar (Director, Take on Art Magazine).

Katya García-Antón comments: 'Such an endeavor is positioned within a local therefore as much as a global framework in more ways than one, for not only is this a project of some urgency regionally, it reminds us of the fact the crisis is a global one. Art writing has for some time endured challenges which vary in nature across the world. In some parts there are less places in which to write critically and experimentally about art and art history, there is less and less financing for this, there is less and less time; in others whilst platforms for writing may actually be on the rise, their value and impact has declined. Writing is by nature a lonely endeavor, but under these conditions art writing is being pushed to the margins and alienated from the central and critical position it should have in our societies, as will the immediate contact it should have with our audiences. If this decline continues, art histories around the world will homogenise and the immense richness and diversity of our cultures, essential to rewrite and reimagine present and past histories, will loose their critical edge as the very voices which should build it, which should experiment it and reinvent it, disappear over time.’

A preamble to the Critical Writing Ensembles in Dhaka was held at the Maharaja Sayajirao University of Baroda, India, on 17–19 December 2015. Entitled 'Critical Writing Ensembles. The Baroda Chapter’, the three-day series of panel discussions, readings and workshops amongst regional peers was organised by TAKE on art Magazine, in partnership with the Maharaja Sayajirao University of Baroda and in collaboration with OCA, with support by the Raza Foundation, New Delhi. The segment 'Critical Writing Ensembles. The Baroda Chapter’ constituted part of the 'TAKE on Writing' series and supports the magazine’s investment in sustaining critical writing practices in India. Highlights of the CWE will be brought to Oslo at the beginning of 2017, and include Norway-based writing peers.

The sessions are open to everyone, no pre-registration is required.

ABOUT DHAKA ART SUMMIT (DAS)
The Dhaka Art Summit (DAS) is the world’s largest non-commercial platform for South Asian art. The third edition will be held from February 5–8 2016 in the Bangladesh Shilpakala Academyin partnership with the country’s National Academy of Fine and Performing Arts. Inviting multiple artists, curators and thinkers who have built exhibitions based on commissioned research and experience within the region, DAS provokes reflections on transnationalism, selfhood and time without being prescriptive or directive. DAS is accepted as the main meeting point for art professionals from the region: coming mostly from Bangladesh over 300 artists, curators, writers and many other art professionals have been invited to participate in the different aspects of the DAS programme, which includes new commissions, curated group exhibitions, talks, performance and film programme, book launches and the Summit’s first historical exhibition, ‘Rewind’. Through the unique format of the Summit, which is not a biennial, not a symposium, not a festival – but rather somewhere in-between and removed from the pressures of the art market – the Bangladesh Shilpakala Academy transforms into a generative space to reconsider the past and future of art and exchange within South Asia and the rest of the world. 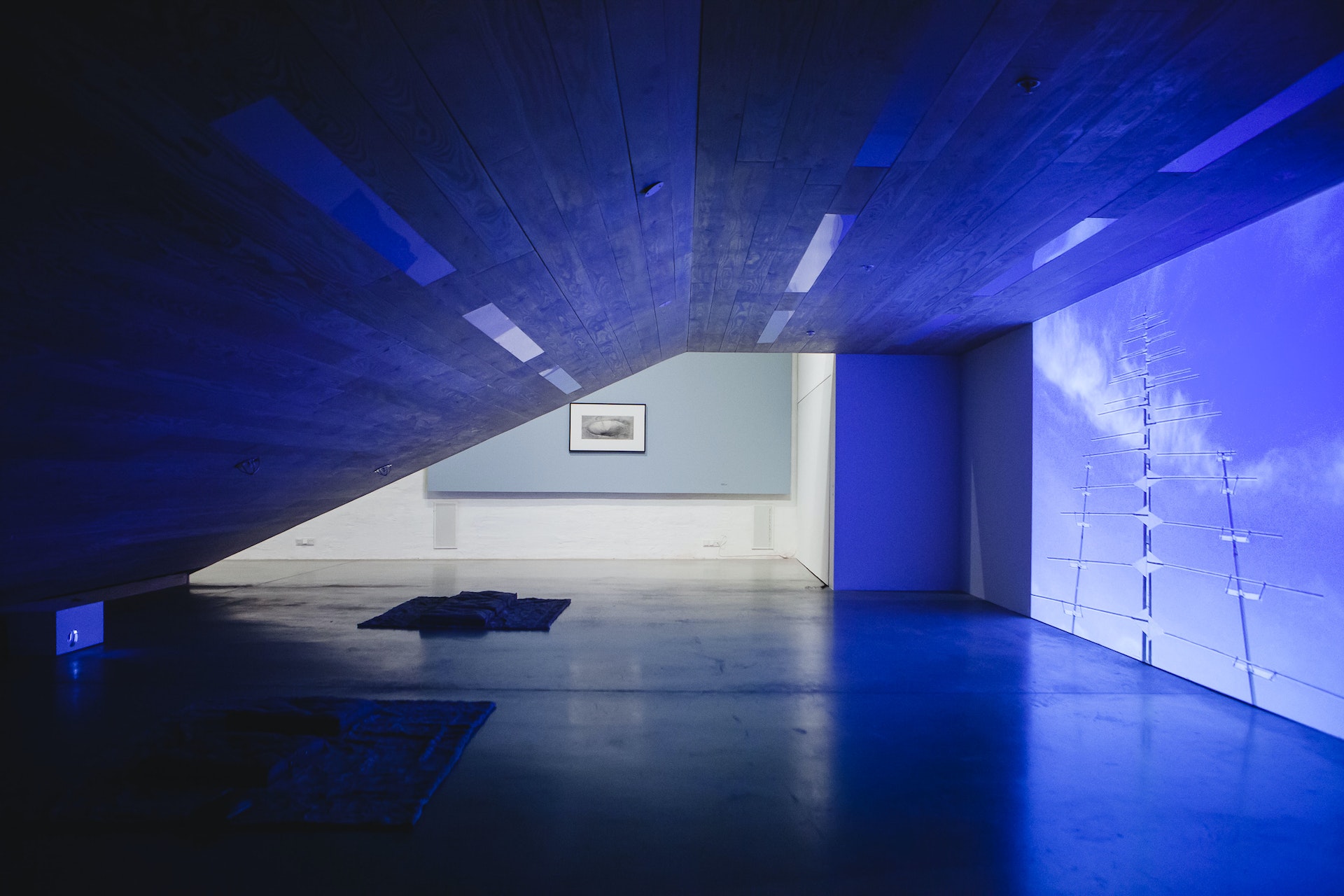