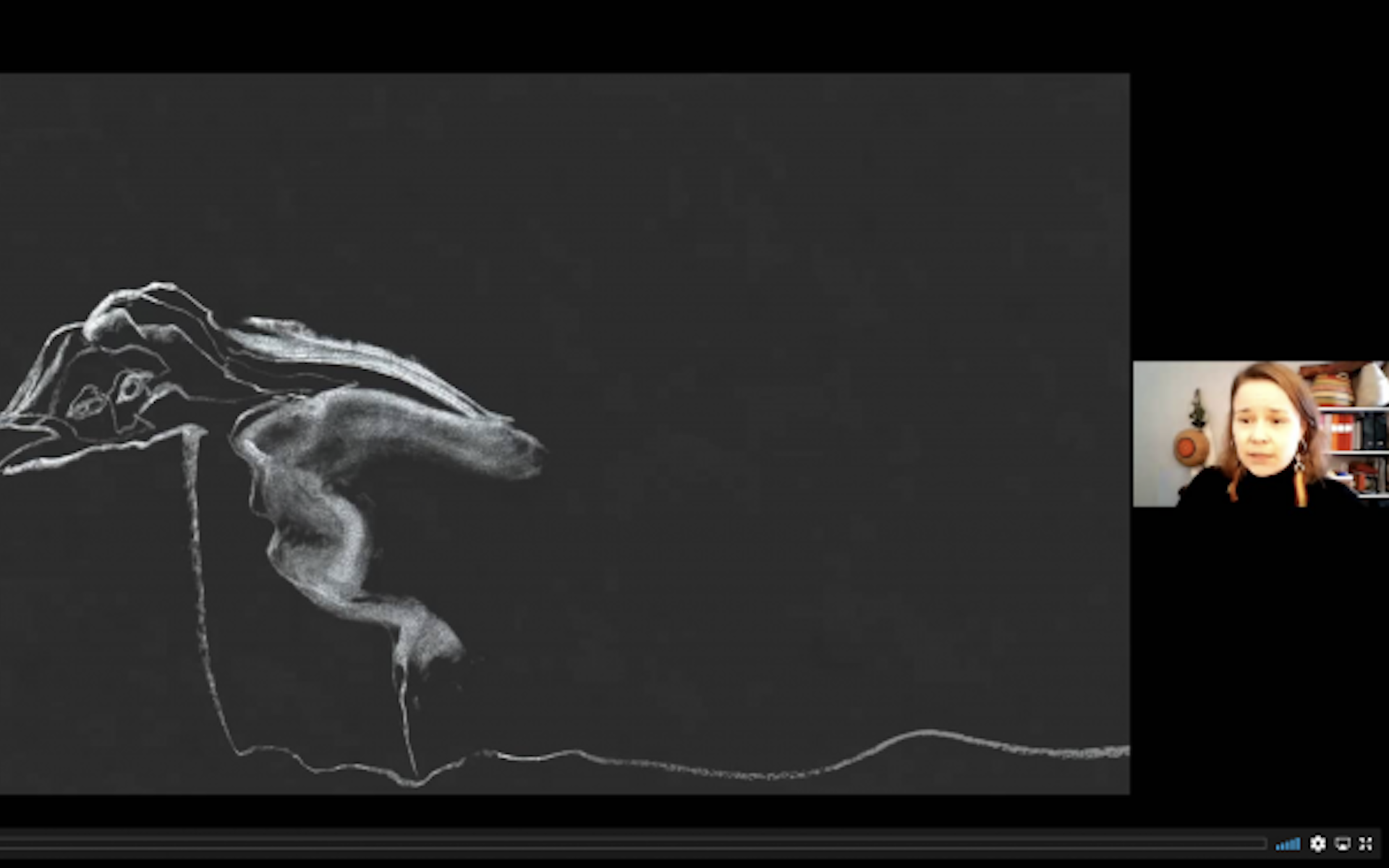 On Tuesday 27 April 2021, OCA hosted a gathering in which perspectives on Sámi-led bookmaking were presented. How can a book, and its production, manifest and reflect Sámi approaches to storytelling?

In this gathering, you will become more familiar with Sámi publishing and book projects from the past and present, addressing editorial, design, language and distribution choices that went into the various projects as well as wider political interventions these publications address:

This Jurddabádji gathering is part of an ongoing collaborative workshop aimed at building a Sámi-led publication to accompany the art exhibition at the Sámi Pavilion (Nordic Pavilion) during the 59th Venice Biennale in 2022.

One of our ambitions is to create an exhibition publication that would be a continuity of the artistic practices of the Biennale artists (Máret Ánne Sara, Anders Sunna and Pauliina Feodoroff) and that would integrate with Indigenous approaches to story-telling through the methodology of the making of a book and through its existence as an object.

How do we frame a book in an Indigenous and Sámi context? We have previously discussed what writing from a Sámi and Indigenous perspective is (given the colonial history and present of writing as a colonial tool, and the much longer history within Sápmi of the oral tradition, joik and duodji).

We have also discussed the materiality of such a book from a Sámi aesthetic point of view: what should it feel, smell and look like? What shape and format should it adopt in terms of layout and spatial conception? How it might interact or perform with the reader?

Harald Gaski, from Deatnu on the Norwegian side of Sápmi, is Professor of Sámi Culture and Literature at Sámi allaskuvla / Sámi University of Applied Sciences and at UiT the Arctic University of Norway. He is author and editor of several books on Sámi literature and culture; he has also translated Sámi literature and Nils-Aslak Valkeapää’s poetry into Norwegian and English. Gaski’s research focuses on Indigenous methodologies and Sámi oral and written culture. He has been instrumental in establishing Sámi literature as an academic field and has been awarded prestigious prizes for his research and writing. In his presentation, Gaski will talk about Sámi publishing moments in history, ranging from the premiere of the first Sámi language book written by a Sámi in 1910 (Johan Turi’s Muitalus sámiid birra) to Nils-Aslak Valkeapää’s experimental book projects and to his own experience as an editor and writer with several publishing houses.

Outi Pieski is a Sámi visual artist based in Ohcejohka (Utsjoki) and Numminen, Finland. Her paintings and installations emphasise the interdependence of nature and culture with a focus on the Arctic region and combine knowledge of Sámi duodji with contemporary art practices to reopen conversations about the Sámi people within transnational discourses. As a member of the Miracle Workers Collective (MWC), Pieski has exhibited in the Finnish Alvar Aalto Pavilion at the 58th Venice Biennale (2019). There she presented her site-specific sculptural installation Ovdavázzit – Forewalkers (2019), which is part of the project Máttaráhku ládjogahpir (Foremother’s Hat of Pride) in collaboration with archaeologist Eeva-Kristiina Harlin, as well as the project Rájácummá (Kiss from the Border) in collaboration with Sámi artists and activists Jenni Laiti and Niillas Holmberg. The installation deals with Sámi self-government that abides with the Sámi philosophy of ‘agreeable life’, soabalaš eallin, which points to the preservation and support of biodiversity in both nature and humans.

Eeva-Kristiina Harlin is a doctoral researcher at the University of Oulu, Giellagas Institute (Institute for Saami Studies) in Finland. Her doctoral dissertation deals with the repatriation politics of tangible Sámi cultural heritage. She has worked at the Finnish Heritage Agency, the Historical Museum in Sweden, SIIDA – the National Museum of the Finnish Sámi, RiddoDuottarMuseat in Norway and the Sámi Archives of Finland. She has worked with themes such as Sámi cultural heritage and repatriation questions together with the Sámi society for a long time. Harlin has conducted surveys regarding Sámi cultural heritage in Nordic and European museums and she is currently doing a survey of Sámi archival materials in European institutions. In addition to Sámi collections and repatriation she is specialised in ethical questions in archaeology related to Sámi culture. Máttaráhku ládjogahpir (Foremothers' Hat of Pride) also forms part of her doctoral research. With Outi Pieski she launched the book Ládjogahpir - Máttaráhkuid gábagahpir/ The Ládjogahpir-Foremothers' Hat of Pride in 2020, which in book form presents the past, future and present stories of the Sámi horn hat - the ládjogahpir - and the rematriation of its existence, use, making and wearing. In this presentation, Harlin and Pieski will share insights from the processes leading to the making of the publication.

Fredrik Prost is a Sámi duojár from Viikusjärvi, a small village in the northernmost part of Sápmi’s Swedish side. He currently lives and works in Giron (Kiruna). Prost’s Sámi upbringing in a family of duojárs inspired and taught him to make beautiful, intricate and detailed objects. Since the young age of fifteen, he has been using the tools of his ancestors to craft traditional Sámi knives, drums, bowls and cups, jewellery and more. Prost forges his own blades. Like his ancestors, he makes leather and thread from reindeer skin and tendons. He collects wood and antlers from nature to use in his objects.What has been his passion for over two decades continues to be his livelihood. His work has been displayed at major galleries and institutions all over the world, such as the National Art Gallery of Canada and The University of Wisconsin (Madison, WI). Most recently, he had a solo exhibition at the prestigious 2017 Jokkmokk Winter Market. He has received many notable awards such as the Asa Kitok Award at the 2016 Jokkmokk Winter Market and first place during the Knifeweek in Ludvika Sweden in 2013. In his presentation, Prost will introduce the book he is currently working on addressing the topic of Sámi drums and their spiritual use in Sápmi.

Inga-Wiktoria Påve is based in Giron (Kiruna) on the Swedish side of Sápmi. She was brought up in a traditional Sámi reindeer herding community and continues to allow this background and way of life inspire her work. Påve is a visual artist and designer whose work expresses the colors and shapes of Sámi culture. She holds a dual degree in education in her native language of Northern Sámi and in art education from Umeå University (Northern Sweden). She has also studied traditional Sami duodji at Samernas utbildningscentrum in Jokkmokk, Sweden. In 2015, Påve won the Young Artist of the Year Award at the Riddu Riddu Festival in Manndalen, Norway. Since then, she has continued to work as a visual artist and exhibited in notable places such as the Lilla Galleriet (Umeå, Sweden) and the Adäka Festival (Whitehorse, Canada). Together with Sámi artist Anders Sunna, she created a short animated film, entitled Morit Elena Morit, which has been screened at film festivals around the globe. Morit Elena Morit won awards such as Jane Galssco’s Award for Emerging Artists at the imageNative Film Festival (Toronto, Canada) and Best Sami Short Film at the Skábmagovat Film Festival (Inare, Finland).Påve has also worked as an illustrator for several books published with the Sámi publishing house DAT, and will shed light on the thinking that went into the illustration processes when working with Sámi writers and Sámi publishing. She will also address her collaboration with Fredrik Prost on his forthcoming book on Sámi drums for which she is doing illustration and design work. 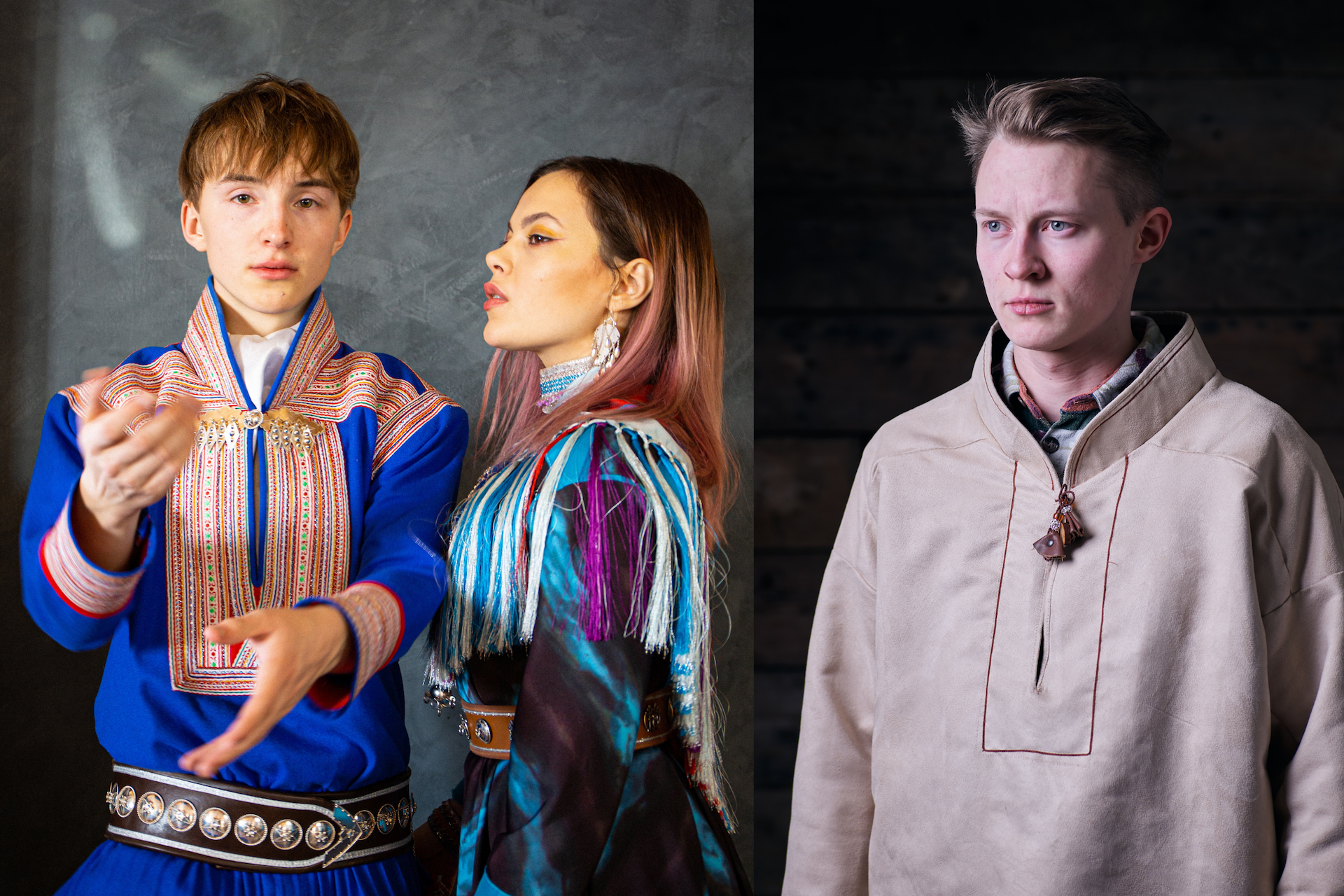 aabaakwad to celebrate 'The Sámi Pavilion' at Biennale Arte 2022 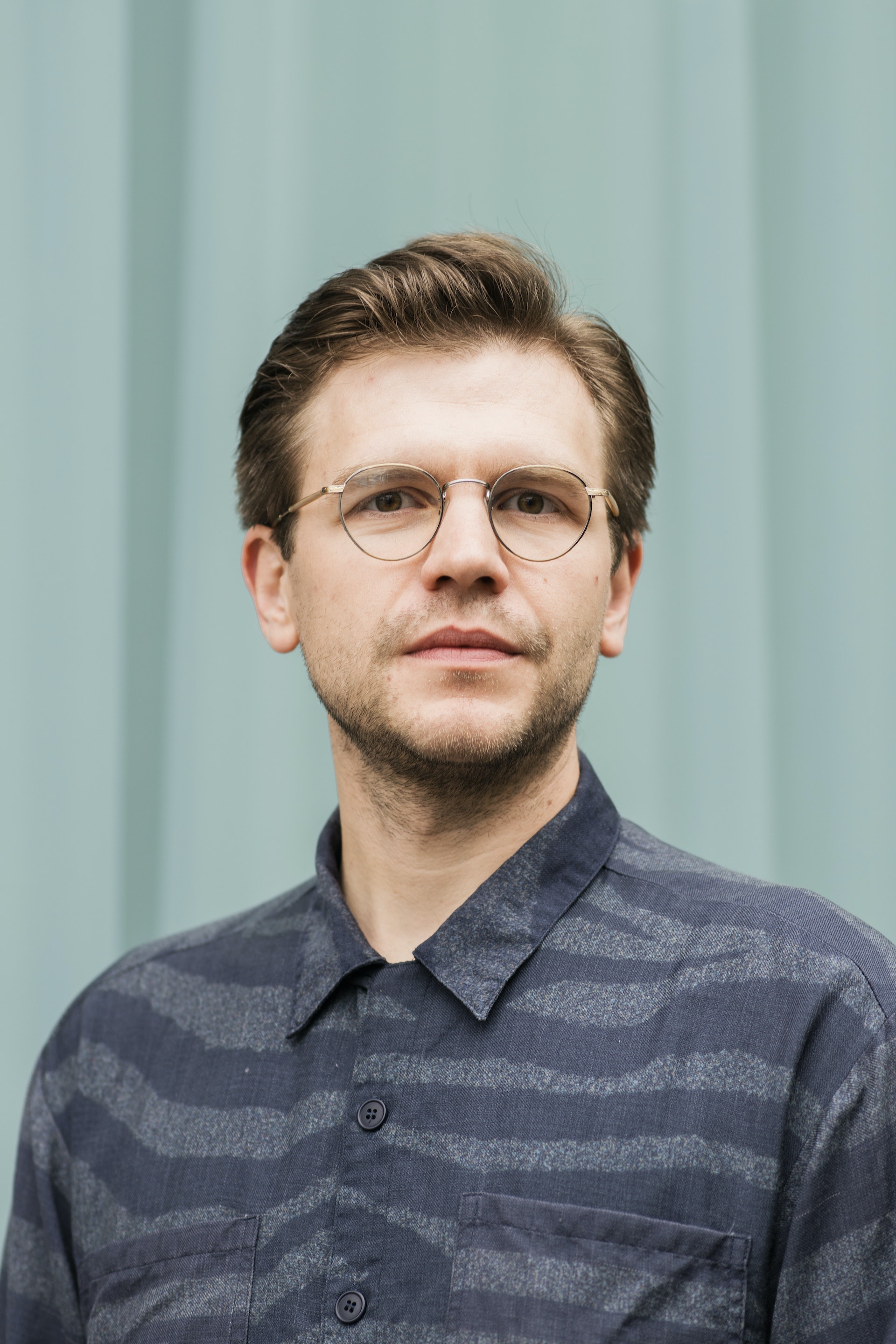 The Board of OCA is proud to announce the appointment of Ruben Steinum as new director. Steinum will lead the institution for the next four years. 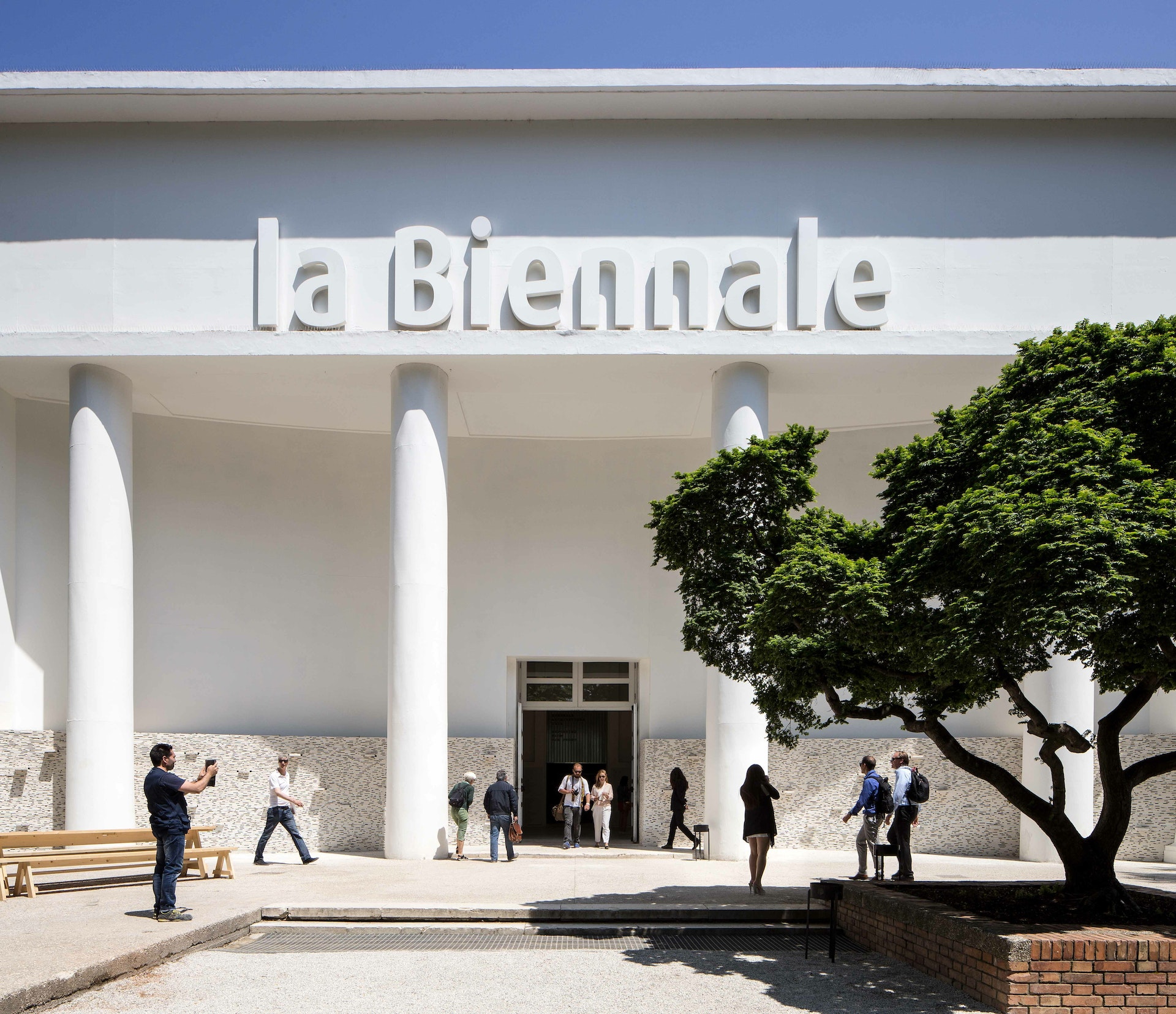