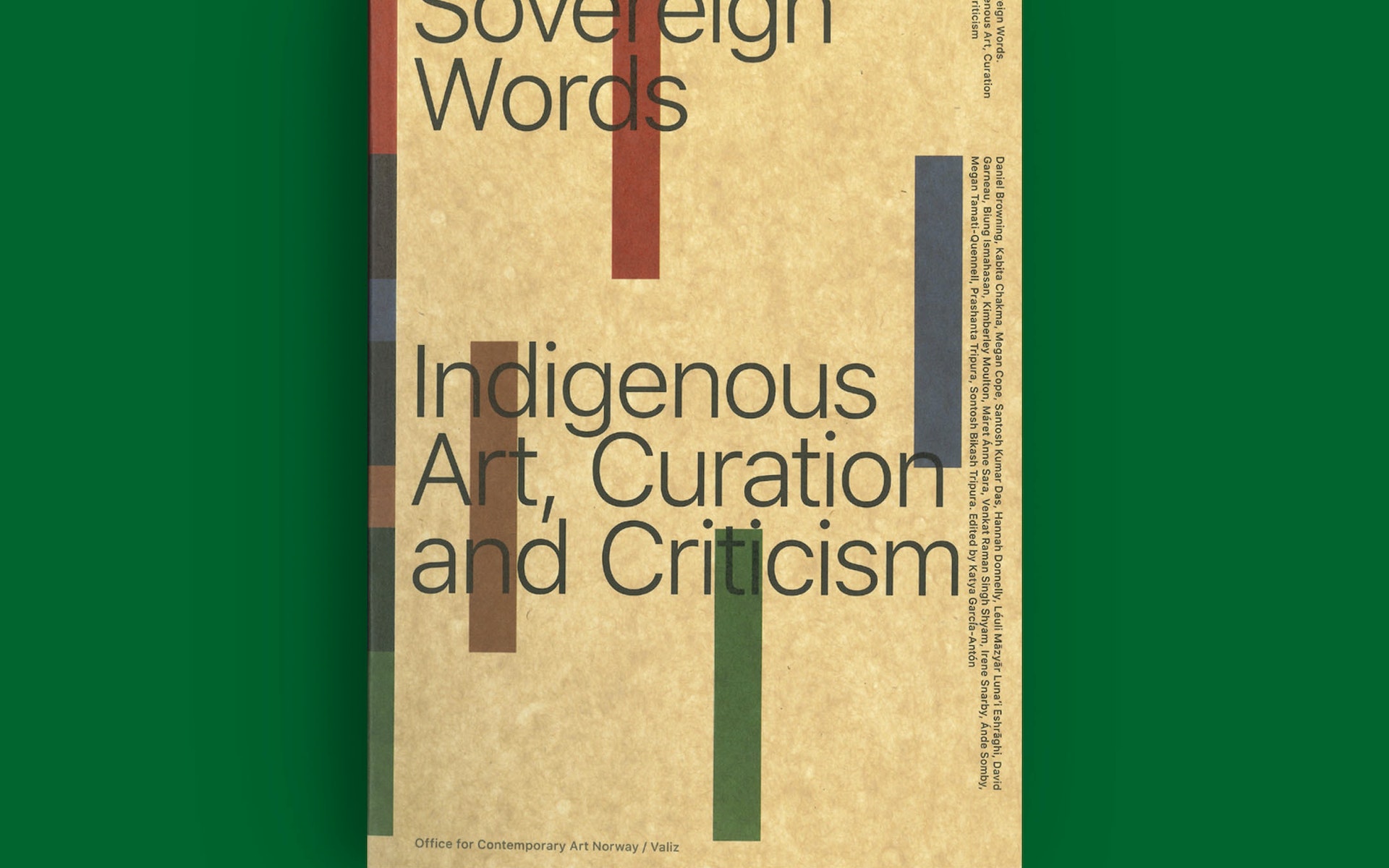 They have assumed the names and gestures of their enemies, but have held on to their own, secret souls; and in this there is a resistance and an overcoming, a long outwaiting.
– N. Scott Momaday, House of Dawn, 1968

Our sovereignty is embodied, it is ontological (our being) and episte- mological (our way of knowing), and it is grounded within complex relations derived from the intersubstantiation of ancestral beings, humans and land. In this sense, our sovereignty is carried by the body and differs from Western constructions of sovereignty, which are predicated on the social contract model, the idea of a universal supreme authority, territorial integrity and individual rights.
– Aileen Moreton-Robinson, Sovereign Subjects: Indigenous Sovereignty Matters, 2007

There are approximately 370 million Indigenous peoples on the planet, belonging to 5,000 different communities, in 90 nation states worldwide. Indigenous peoples live in every region of the world, 0.006 per cent in Europe, and about 70 per cent in Asia. (1) Despite this global span, colonial powers expertly argue for the localness of Indigenous experience, in order to fragment, isolate and render invisible these intellectual processes from the world’s stage. The suppression of Indigenous world-views, histories, stories, aesthetics and languages, the undermining of circular time-conceptions and age-old knowledge systems, the repression or co-opting of spiritual practices, as well as the violent dispossessions of lands and waters and their colonial renaming and exploitation, stand out as recurring ecocidal and epistemicidal mechanisms past and present that inevitably impinge upon artistic frameworks.

The publication Sovereign Words. Indigenous Art, Curation and Criticism (2) considers the complexities arising today in writing a canon of art history that declares itself as global. Sovereign Words convenes multiple Indigenous voices from across the planet to discuss the narrations of their histories and presents against the context of the Modernist and colonial ideologies that have framed them in the past, and which continue to attempt to do so today. From this standpoint, the publication presents newly commissioned texts by Indigenous artists, poets, story-tellers, performers, lawyers, curators and scholars that reflect upon the words, writing forms, spaces and processes through which their cultural and artistic practices, their histories and contact points with the international art-historical canon have been and must be counter-narrated today.

With the expansion of the art-historical canons in academia, and the so called ‘Global Turn’ in international curating that ensued with the new millennium, in the last years the spotlight has also turned towards practices and discourses emerging from Indigenous communities. In this process of art-world ‘Indigenisation’, artistic and other cultural voices from Indigenous communities are increasingly sought after for exhibitions, festivals, biennials, art fairs, and by museums racing to consider the global reach of their art collections and practices. Such a phenomenon has been spurred on by the characteristic Modernist impulse to be universal and encyclopaedic, as much as by a current search for alternative bodies of knowledge that might facilitate a reflection upon some of the most urgent crises of our times.

Indigenous artists, writers, and curators, however, are not seeking acceptance from the hegemonic art-historical canon, but recognition as custodians of ancient, highly influential and neighbourly discourses. Indigenous Criticism with a capital C, as the international mainstream knows it, has been emerging globally for more than thirty years, and has inspired critical thinking and artistic movements that canonical practices have heralded as their own. Today, criticism, artistic practices and curatorial processes are being built with an awareness of entangled perspectives, both Indigenous and non-Indigenous, and with the knowledge that Indigenous discourses are as kaleidoscopic as the histories, colonial experiences and daily realities that characterise their myriad communities. An important point to take into consideration is the fact that the ‘Indigenous Turn’ is regarded by many Indigenous peers as a non-Indigenous project: an introspective, discursive focus that this publication self-consciously recognises and in which it intends to partake with critical respect that we hope will generate a much-needed level of cultural bilinguality.

Sovereign Words. Indigenous Art, Curation and Criticism also acknowledges the risks of misunderstanding and misappropriation when non-Indigenous thinkers reach out to Indigenous knowledge; indeed, these conflicts are addressed in the publication from an Indigenous perspective. Amongst the first of its kind, this compilation of Indigenous voices has been built in dialogue with non-Indigenous peers to enhance the knowledge around Indigenous perspectives regarding the fields of cultural practices, art and film, ethics and history, as well as theory, law and museology. The publication emerges from the Critical Writing Ensembles platform, an ongoing series conceived by OCA dedicated to commissioning, debating, connecting and publishing new art and cultural writing across the world. In this spirit, the 2018 edition featured sixteen Indigenous peers who came together for a residency and discursive programme titled ‘Sovereign Words. Facing the Tempest of a Globalised Art History’. Peers presented and publicly debated their texts and thinking during a six-day discursive programme within the context of the Dhaka Art Summit, widely considered to be one of Asia’s most flourishing art forums. The programme benefited from the advice and collaboration of the Dhaka Art Summit (through its Chief Curator Diana Campbell Betancourt) and Artspace, Sydney (through its Executive Director Alexie Glass-Kantor), with the kind support of the Australia Council for the Arts.

This publication challenges cultural workers (Indigenous and non-Indigenous) to engage meaningfully and ethically with the histories, presents and futures of Indigenous cultures, arts and thoughts, and to consider the ricocheting effects that this engagement will inevitably have on international canonical perspectives. What will the new histories of the arts of Indigenous practitioners look, feel and sound like? How will novel methodologies of word/voice-crafting be constituted to embody and empower the Indigenous discourses of the future? Is it sufficient to widen the hegemonic and Modernist art-historical canon through the politics of inclusion? Is this expansion a new colonial model for Indigenous practices, or is it fostering the cosmopolitan kind of thinking that Indigenous communities have always shared? To whom does the much talked-of ‘Indigenous Turn’ belong? And does it really represent a project of introspection and revision in the face of today’s ecocidal, genocidal and existential crises? Will such a process nevertheless re-assert a hegemonic structure? With the canonical power systems of the international art world increasingly under fire, Sovereign Words. Indigenous Art, Curation and Criticism makes a strong bid for in-depth knowledge-building and intellectual alliances that will inform the cultural and artistic processes of Indigenous and non-Indigenous futures.