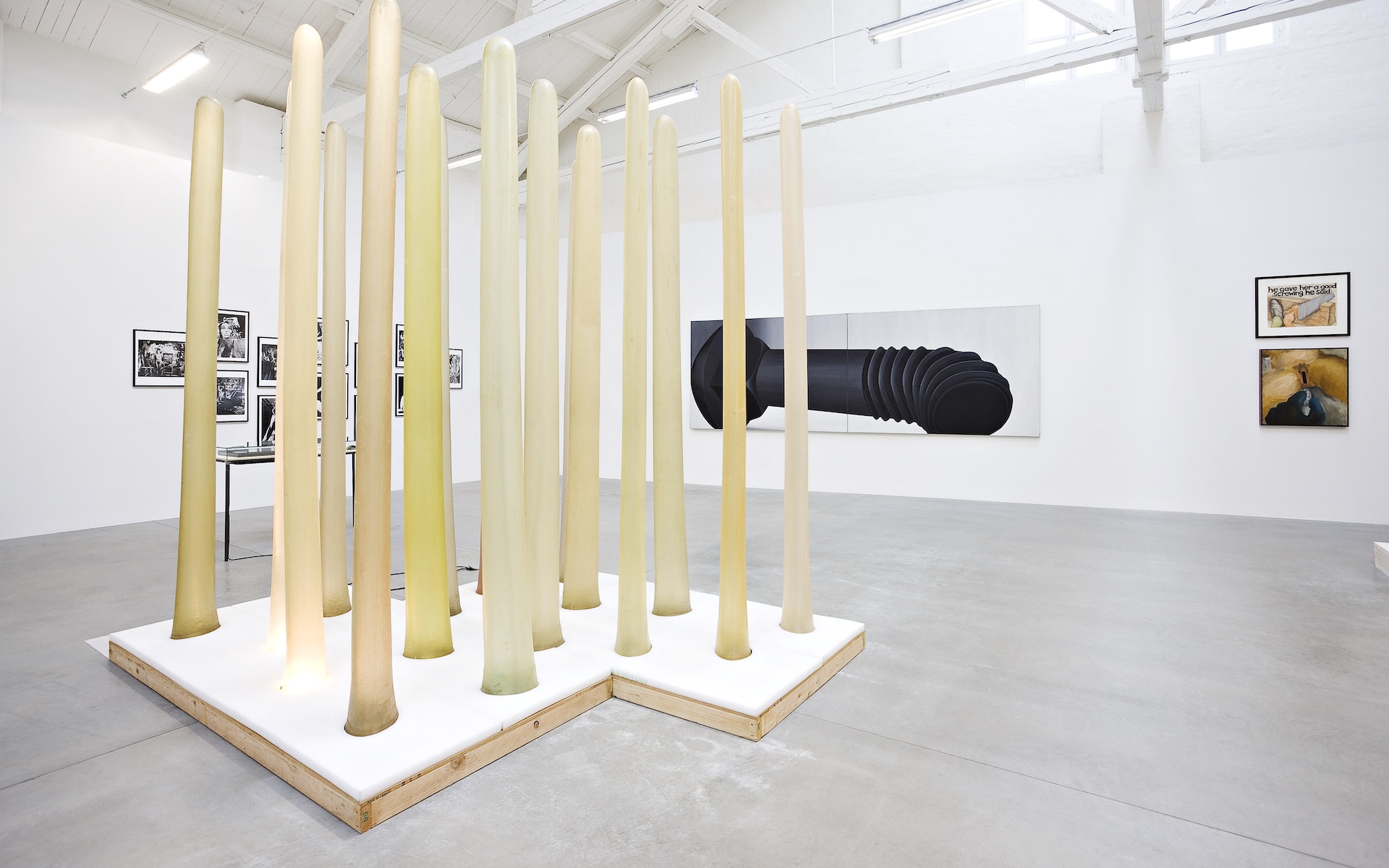 Whatever Happened to Sex in Scandinavia?

'Whatever Happened to Sex in Scandinavia?' is a research project that consists of three platforms - an exhibition, a programme of public events and a publication - examining the juncture of the political and the erotic through the work of artists produced predominantly in the context of the countercultural movements of the 1960s and 70s. Part of OCA's Verksted series, the exhibition and public programme are the result of an extensive research project about the international perception of Scandinavia during the 1950s, 60s and 70s as a utopic region of socialism and sexual freedom. This project will introduce OCA's new premises at Nedre gate 7 in Oslo.

The exhibition 'Whatever Happened to Sex in Scandinavia?' includes works by nearly forty international artists and filmmakers, as well as publications, journals and documentary material, all reflecting upon experimental moments in which artistic and cultural practice embraced or reflected a movement towards sexual and political liberation. The exhibition includes works by Thomas Bayrle, Stan Brakhage, Marie-Louise Ekman, Carl Johan De Geer, Öyvind Fahlström, Leif Gabrielsen, Marianne Heske, Sanja Ivekovič, Erkki Kurenniemi, Lee Lozano, Babette Mangolte, Gunvor Nelson, Claes Oldenburg, Carolee Schneemann and Erró, Yvonne Rainer, Barbara T. Smith and Willibald Storn among others. The exhibition pays special attention to resonant moments within the Scandinavian art context, such as Poul Gernes's social and artistic practice in the Eks-Skolen in Copenhagen, the relational activities of Gruppe 66 and Konkret Analyse in Bergen, and the interventions of Kanonklubben in Denmark and Norway. These are complemented with historical material, such as works by Erich Heckel, Kai Fjell and Edvard Munch, and documentation of the activist agendas of Katti Anker Møller,Elise Ottesen-Jensen and Käthe Kollwitz and of the revolutionary sexual-scientific investigations of Wilhelm Reich in Oslo. Archival material includes censored and underground publications in Scandinavia and internationally - the magazinesEvergreen Review from the US, Puss from Sweden, Ta' and Ta' Box from Denmark and Gateavisa from Norway - in an effort to illustrate the correlations between the distribution networks for underground publications and radical art communities.

This project examines the historical roots of sex reform as a political initiative as analyzed by Herbert Marcuse in Eros and Civilization, and intends to purposefully open up and provoke questions about this history and related artistic and cultural production. The exhibition will be complemented by a series of screenings, lectures and seminars with participants such as filmmakers Jonas Mekas, co-founder of Film-Makers' Cooperative and Anthology Film Archives in New York City, MM Serra, director of the Film-Makers' Cooperative, and Nicky Hamlyn; artists Sanja Ivekovič, Carolee Schneemann and Barbara T. Smith; and historians Håvard Nilsen and Troels Andersen. They will be accompanied by special screening evenings featuring films by Stan Brakhage, Öyvind Fahlström, Jean Genet, Willard Maas, Anthony McCall, Yvonne Rainer,Barbara Rubin, Carolee Schneemann, Jack Smith, Mai Zetterling and others. A two-day seminar dedicated to discussing political radicalism, the social and identity construction and gender in the Scandinavian context will take place on the 21st and the 22nd of January at OCA. The schedule of speakers will be announced in mid November.

'Whatever Happened to Sex in Scandinavia?' is organized by OCA and curated by its director, Marta Kuzma, with the assistance of Tonja Boos, OCA's project coordinator. An accompanying publication will appear in 2009, co-edited by Pablo Lafuente, OCA's associate curator and managing editor of Afterall, a journal of contemporary art based in London. The exhibition is supported with a generous grant from Fritt Ord in Oslo, with additional assistance provided by the Goethe Institut in Oslo. The exhibition includes important loans from the Moderna Museet in Stockholm, the Museum of Contemporary Art Kiasma in Helsinki, the Museum Moderner Kunst Stiftung Ludwig (MUMOK) and Kontakt - Die Kunstsammlung der Erste Bank-Gruppe in Vienna, the Estate of Lee Lozano, the Film-Makers' Cooperative in New York and important private collections.