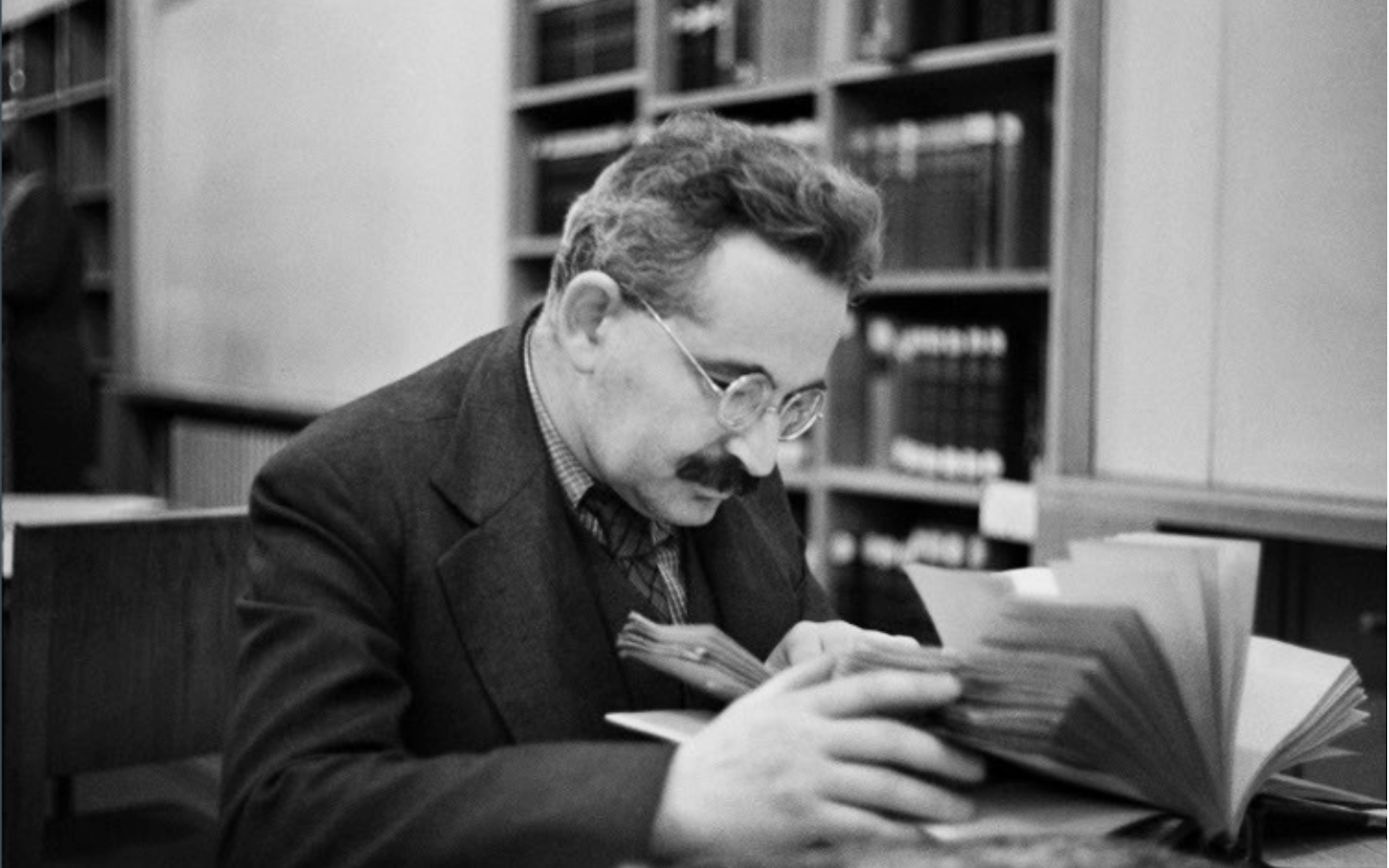 The Promise and Compromise of Translation

The Office for Contemporary Art Norway (OCA), in collaboration with the Academy of Fine Art of the Oslo National Academy of the Arts (KHiO) hosted a four day platform of reading groups and lectures titled ‘The Promise and Compromise of Translation’, in Oslo during winter and autumn 2016. The programme was dedicated to the seminal theorist Walter Benjamin (1892–1940) who championed a new language within philosophy, interlocking his writings on language, history and the arts with the partisan perspective of the ‘tradition of the oppressed’. Against the conformism of his contemporaries, his ‘untimely’ political aesthetics and materialist concept of history aimed at a redemptive interruption of modernity’s idea of progress.

Despite his belated reception, today Benjamin has arrived in the pantheon of global humanities. His writings belong to the canon of Modern European philosophy, art theory and literary criticism. But can this academic appropriation of Benjamin’s thought do justice to his ‘critical life’ and to the ‘tradition of the oppressed’ that his writings invoke? Given the new spinning role of the humanities in today’s neo-liberal capitalism, a merely academic discourse on Benjamin does violence to his thought.

With painful prescience, Benjamin, the essayist, philosopher and translator, authored the landmark essay ‘Critique of Violence’ (1921), in which he vigorously exposed the violence of the modern state and its jurisdiction, legislation, and executive forces undeniably projecting so relevantly in today’s belligerence of war across the globe with the expounding role played by the statehood formation derived from the mid-nineteenth and mid-twentieth centuries. For the early Benjamin, it was clear that there was ‘something rotten in the law’ – be it the law of monarchy, ‘normal’ democracy or autocratic regimes. From Benjamin’s perspective of a radical critique of violence, justice and the law of the state remain irreconcilable.

Spanning sessions over four days, ‘The Promise and Compromise of Translation’ aimed at discussing translatability and to traverse core Benjaminian themes of language, violence and history by focusing on pure language (from ‘The Task of the Translator’, 1923) and the ‘Tradition of the Oppressed’ (from the 'Theses on the Concept of History', 1940).

‘The Promise and Compromise of Translation’ was a project led by the philosopher Sami Khatib, together with Lara Khaldi and Yazan Khalili, initiated through the Office for Contemporary Art Norway (OCA), in collaboration with the Academy of Fine Art (KHiO). The workshop, which was articulated through two interrelated sessions in Oslo during winter and autumn 2016, was inspired by a larger project dedicated to Benjamin and the politics of translation. The international workshop and conference ‘Benjamin in Palestine: On the Place and Non-Place of Radical Thought’, took place in December 2015 in Ramallah at the International Academy of Art Palestine and Birzeit University. It was organized and attended by a number of highly reputed Benjamin scholars, critical theorists, activists and artists from the Middle East, Europe and North America. The event in Oslo will focus on questions related to translations of Benjamin’s writings in Sami, Norwegian and Arabic.

Sami Khatib noted that ‘The constellation of Benjamin, Palestine and Oslo is not arbitrarily chosen. For the legibility of Benjamin’s oeuvre is not a given – it is bound to the time and place of both the text and its reader. Revisiting the debates from Ramallah in Oslo also means to acknowledge a (post)historical deadlock that connects Benjamin's belated readers with the untranslatability of struggles in the Middle East and Europe.’

Text: ‘Task of the Translator’

About the lecture
Our Heritage Was Left To Us Without A Testament. Hannah Arendt repeatedly borrows this formula (from René Char) to capture what she takes to be the predicament of revolutionary modernity. Without a testament, without any symbolic means of transmitting the event, there is no way to bequeath the ‘treasure’ to future generations – no way to harvest its energy, to prolong its impact, or even to bear witness to what happened. The heritage of the revolution remains as inaccessible as a buried treasure left to us without map, navigation tools, or operating instructions. Here’s the thought experiment Comay would like to explore: what if Char’s formula needs to be reversed? What if the predicament is not intestacy, as Arendt suggests, but rather a kind of hyper-testamentarity – not a deficit but a surfeit of testamentary protocol? It is not that the thread has been broken and the family jewels scattered and inaccessible. On the contrary: we are overwhelmed by a surfeit of testamentary material. The past confronts us as a thicket of imperatives, injunctions, promises, exhortations, incitements, excitations – obscure messages from the dead, unsigned and undated but nonetheless time-stamped and indelibly addressed to us. What if the testament itself were the heritage – or rather, if there were no heritage, no patrimonial estate to settle, but only the pressure of a demand as enigmatic as it is insistent? It’s in this sense that Benjamin will speak, in the second Thesis on History, of a secret covenant, agreement, rendezvous, assignation or appointment between the dead and the living. This talk will explore some of the manifestations of this testamentary excess in Benjamin’s writings on history.

Text: ‘Tradition of the Oppressed’

About the lecture
Walter Benjamin has taught us to think newly, and again and again, about language. This paper reads what Benjamin called ‘partaking’ and ‘gesture’ in relation to the forms of language control compelled in colonial-philological language practices. Drawing upon his essays on language, translation, and the law, this paper traces the ways in which language, in Benjamin, rather than a gathering of sense, becomes a scene for the dislocation and disruption of relation: where language becomes translation, and where translation is no longer the sanctioned, controlled relay of meaning.

‘The Promise and Compromise of Translation’ was addressed to scholars, philosophers, artists practitioners and professionals who want to engage in in a discussion on geopolitical and societal issues affecting the world today.

About the speakers and moderators

Rebecca Comay is Professor of Philosophy and Comparative Literature and the Director of the Program in Literary Studies at the Department of Philosophy at the University of Toronto, Canada.

Rike Frank is a curator and researcher, and Associate Professor of Exhibition Studies at the Academy of Fine Art in Oslo.

Sami R. Khatib is a philosopher, critical theory scholar and currently Postdoctoral Fellow at the American University of Beirut, Lebanon.

Jeffrey Sacks is Associate Professor in Comparative Literature and Foreign Languages at the University of California, Riverside, CA, USA.

Mike Sperlinger is Professor of Writing and Theory at the Academy of Fine Art in Oslo and previously co-director of Lux, an organization for artists working with the moving image.

About‘Benjamin in Palestine: On the Place and Non-Place of Radical Thought’
Organized by Benjamin scholars, critical theorists, activists and artists from the Middle East, Europe and North America ‘Benjamin in Palestine’ was an event with three main components, all taking place in Ramallah in December 2015: an opening event on 6 December at the Khalil Sakakini Cultural Center; a three day reading workshop on Benjamin’s writings at the International Academy of Art from 7–9 December; and an international conference from 9–11 December at Birzeit University and Khalil Sakakini Cultural Center. The conference programme included lectures and presentations by distinguished international scholars from the fields of Benjamin studies and critical theory, among others Susan Buck-Morss, Rebecca Comay, Slavoj Žižek and Judith Butler.

As the organizers have stated, 'The international conference and workshop in 2015 was part of the attempt to break the de facto cultural and academic boycott of Palestine, implemented and enforced by the occupation regime and its multi-layered web of checkpoints, territorial zones and other juridical-administrative measures. It was an intervention into ongoing debates on occupation, statehood, theocracy, binationalism, and anti-colonial struggles for liberation. If in Benjamin’s heterodox Marxism the different strands of Jewish messianic and libertarian-utopian thought form a relationship of ‘elective affinity’ (Michael Löwy), his name and legacy invoke a constant appeal against the arrogance of any state power and representations of victors’ history. In this vein, Benjamin’s texts not only speak to the international community of Benjamin scholars and critical theorists but also to political struggles in Palestine.'