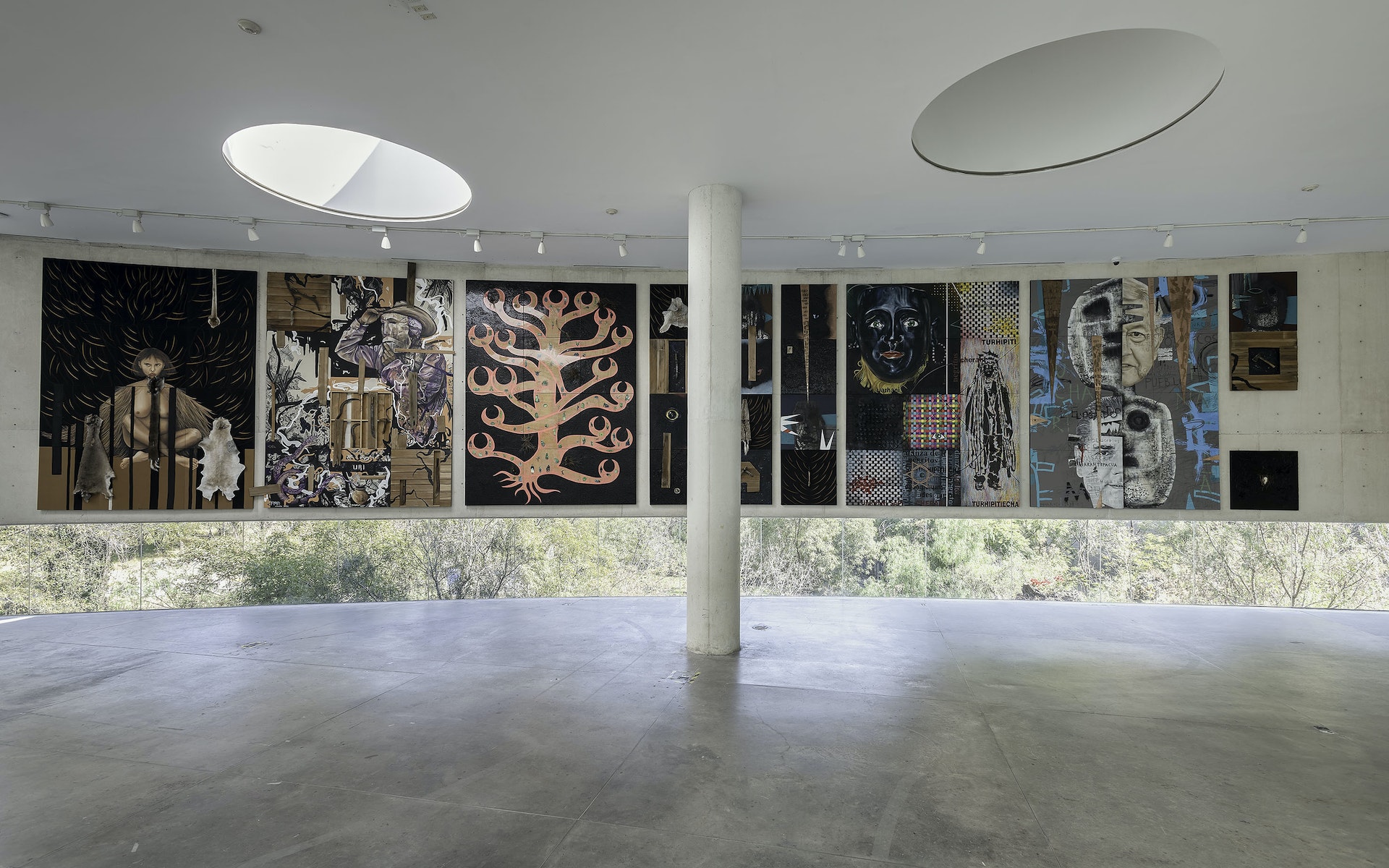 In connection to their visit to Oslo and Sápmi, OCA invites you to a lecture with Chief Curator Cuauhtémoc Medina on 27th of September at 18:00 titled: ‘"We were not born yesterday…." Notes on the predicament of Indigenous Contemporary Art in Mexico’.

During the talk, Medina will reflect on the complex process of insertion of contemporary artists from Indigenous communities in the artistic circuits of representation in Mexico. He will make a critique of the historical usage of the concept of ‘Mexican popular arts’ as it arises in the second decade of the 20th century, to later examine several recent art projects and exhibitions that center concepts of ‘Indigenous identity’, focusing on the tensions and problematics around of these practices in Mexican institutions. He will also explore the tensions between contemporary, official Neo-indigenism in the current Mexican government, and the autonomous and critical stance of artists of Indigenous communities. Medina will also give an overview of the University Museum of Contemporary Art (MUAC) and its program, focusing particularly on the recent public program of the Museum devoted to questions of Indigenous practices.

Cuauhtémoc Medina (Mexico City, 1965) is a critic, curator and art historian. Doctor in History and Theory of Art (PhD) from the University of Essex in Great Britain and Bachelor of History from the Autonomous University of Mexico (UNAM). He has been a researcher at the Institute of Aesthetic

Research of the UNAM since 1993. Between 2002 and 2008 he was the first Associate Curator of Latin American Art at the Tate Modern Collections in the UK. In 2012 he directed the ninth edition of Manifesta The European Biennal of Contemporary Art which was presented in Limburg, Belgium. In 2018 he was appointed curator of the twelfth edition of the Shanghai Biennale. Since 2013, he has been the Chief Curator of the Museo Universitario Arte Contemporáneo (MUAC) at UNAM.

Julio García Murillo (Mexico City, 1984) is an Art Historian and Curator based in Mexico City. He holds a BA in Philosophy (ULSA) and a MA in Art History/Curatorial Studies (UNAM). His work focuses on the displacement between artistic and curatorial research, as well as in critical writing and exhibition projects through the exploration of recent historiography and contemporary practices. He is member of Yacusis. Grupo de Estudios Sub-críticos and Museum of Modern Mars. Currently he is Deputy Director of Public Programs at the Museo Universitario Arte Contemporáneo at UNAM.