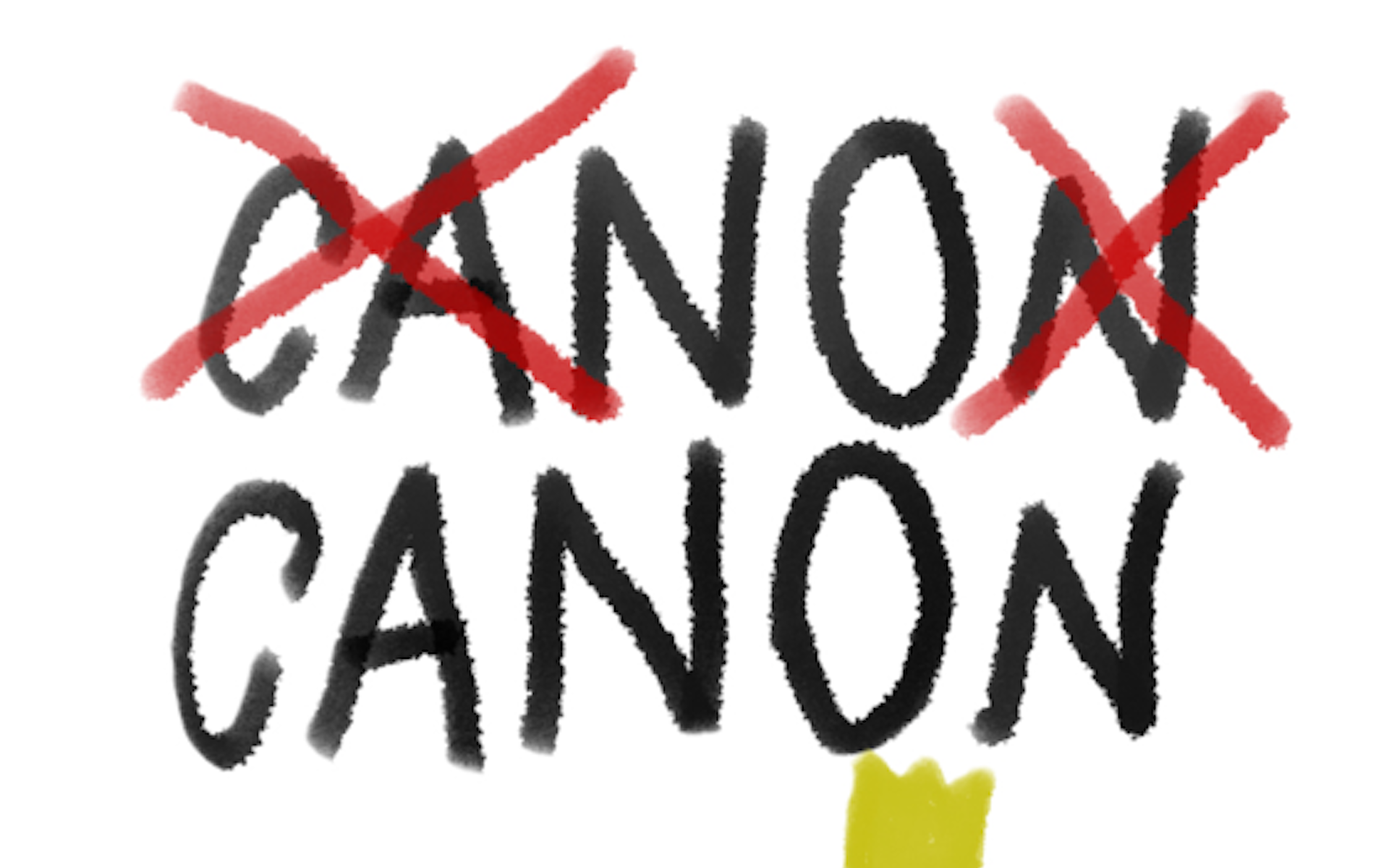 'CANON NO CANON' is a conference series conceived to address and question the formation and status of art canons internationally from historical and contemporary perspectives as well as investigate the procedures and possibilities for de-canonical methodologies. The first iteration of 'CANON NO CANON' is dedicated to the Nordic context. 'CANON NO CANON' has been originally conceived by OCA – Office for Contemporary Art Norway and NIA – Nordic Institute of Art, and will develop in the future in multiple iterations led by the institutions jointly or individually.

Does art from the Nordic region have a place in what has been considered as a global canon? Which mechanisms are deciding the place of certain regions, or groups, in an overall art history? What tensions, if any, are particular to the Nordic canon (/canons)? What are the complexities behind the conception of the Nordic, and how are they shifting? How have art institutions (large and small) within and beyond the region, imagined and related to the various histories and constituencies of Nordic arts as they build their collections, exhibitions, and programmes? What developments in curating, museologies, and academia have weighed on how Nordic canons have evolved or devolved; and how does this fit into a global art history? What are the specific case studies or examples in which de-canonization can be identified in the Nordic context?

Free and open to the public, but space is limited. Lunch included.
RSVP info@oca.no.

'CANON NO CANON' is a conference series conceived to address and question the formation and status of art canons internationally from historical and contemporary perspectives as well as investigate the procedures and possibilities for de-canonical methodologies. 'CANON NO CANON' has been originally conceived by OCA and NIA, and will develop in the future in multiple iterations led by the institutions jointly or individually. 'CANON NO CANON. Rethinking Nordic Art' is the first iteration of the series and will focus on the Nordic context and its place globally.

14:25
Associate Professor Øystein Sjåstad, University of Oslo:
Does the World Need Another Modernist?

Dorthe Aagesen is Chief Curator and Senior Researcher within the Department of Painting and Sculpture at the SMK Statens Museum for Kunst, the National Gallery of Denmark in Copenhagen, where she has worked since 1999. She oversees the museum's modern collection and has been engaged in ambitious reinstallations, while also organizing temporary exhibitions. Before 1999 she served as a curator for four years at Arken Museum of Modern Art. At SMK, Aagesen has organized or co-organized the following exhibitions, among others: 'Asger Jorn – Restless Rebel' (2014); 'Henri Matisse – In Search of True Painting' (2012, with the Metropolitan Museum of Art and the Centre Pompidou); 'Wilhelm Freddie – Stick the Fork in Your Eye!' (2009); 'André Derain. Outsider in French Art' (2007); and 'Avant-Garde in Danish and European Art 1909-1919' (2002). She co-edited and contributed to A Cultural History of the Avant-Garde in the Nordic Countries 1900-1925 (Brill) in 2016. Aagesen is currently preparing a major retrospective exhibition on the Danish-French artist, Sonja Ferlov Mancoba, to be shown at Statens Museum for Kunst and the Centre Pompidou in 2019.

Eline Mugaas is an artist working primarily in photography, collage, and publishing. Since 2008, Mugaas has been publishing the fanzine ALBUM together with artist Elise Storsveen. Comprised of full-page photographic illustrations, advertisements, and other ubiquitous images culled from Scandinavian etiquette manuals, cookbooks, travel magazines, craft books, fashion magazines, and sex guides, ALBUM offers a sophisticated meta-narrative on the human body, sexuality, and the social lives of images. ALBUM co-curated the exhibition ‘Hold Stenhårdt fast på greia di - Art and Women's Rights in Norway 1968-1989’ (Kunsthall Oslo, 2013; Kunsthall Stavanger, 2014) which has since been regarded as an important instigator of the discussion around female artists' inclusion in the Norwegian canon. In particular, Mugaas' extensive research on Norwegian artist Siri Anker Aurdal has generated national and international interest to an artist whose body of work had largely disappeared from art history. She published an artist book presenting sketches and documentation of Aurdal's oeuvre in conjunction with a show at Kunstnernes Hus in 2016. Thanks to this Aurdal was selected for the Nordic pavilion of the Venice Biennial in 2017. Aurdal and Mugaas were presented in a show at Skissernas Museum in Sweden in 2018. Mugaas is currently working on the second issue of a series of five visual essays titled Dyslexic Times.

Carl-Johan Olsson is Curator of Nineteenth-century Painting at the National Museum in Stockholm, and an Associate Fellow of the Nordic Institute of Art. Among his key areas are landscape painting of the 19th century, Scandinavian Romanticism and French and Scandinavian Naturalism. He has co-curated exhibitions such as ‘Anders Zorn: Sweden's Master Painter’ (2017) and ‘Carl Larsson, l'imagier de la Suède’ (2014), both at the Petit Palais, Paris, and The Artist at the National Museum, Stockholm (2017). Olsson has also worked extensively with the collections of the National Museum in Stockholm.

Marit Paasche (Dr. Philos) is an art historian and former head of research at the Norwegian Video Art Archive. She works as an art critic, curator and writer. Her latest book, Hannah Ryggen: En fri, won the Norwegian Critics' Association's award for best non-fiction book of 2016 and is about to be published in English by Thames and Hudson. Paasche is the co-curator of an upcoming exhibition on Hannah Ryggen at Schirn Kunsthalle in Frankfurt in 2019. Among her other curatorial endeavours are 'We are Living on Star' at Henie Onstad Art Centre (2014) and 'The Human Pattern' at Kunsthall Oslo (2011). Paasche has authored and edited several books, including Lives and Videotapes: The Inconsistent History of Norwegian Video Art (Feil forlag, 2014) and A Thousand Eyes: Media Technology, Law, and Aesthetics (Sternberg Press, 2011). Paasche is an Associate Fellow at Nordic Institute of Art.

Christopher Riopelle is the Curator of Post-1800 Paintings at the National Gallery, London. He previously held curatorial positions at the Getty Museum, LA, and the Philadelphia Museum of Art. Riopelle has curated or co-curated National Gallery exhibitions on Jean-Auguste-Dominique Ingres, landscape sketches, Pierre-Auguste Renoir, Pablo Picasso, Richard Hamilton, Paul Durand-Ruel, Eugène Delacroix, Ed Ruscha and Thomas Cole. Riopelle has a particular interest in Nordic art and has curated or co-curated 'Christen Købke: Danish Master of Light' (2010); 'Forests, Rocks, Torrents: Norwegian and Swiss Landscapes from the Lunde Collection' (2011); and 'Peder Balke 1804–1887' (2014). In addition, he has overseen the acquisition at the National Gallery of paintings by Akseli Gallen-Kallela, L.A. Ring, J.C. Dahl, and Peder Balke. Riopelle is an Associate Fellow of the Nordic Institute of Art.

Øystein Sjåstad is Associate Professor in Art History at the University of Oslo. He has published a number of articles and catalogue essays on nineteenth-century art, comics as well as on the contemporary artists Irma Salo Jæger and Bjarne Melgaard. He has written three books on Christian Krohg: Fra Paris til Kristiania (2012); A Theory of the Tache in Nineteenth-Century Painting (2014), and most recently Christian Krohg's Naturalism, published by University of Washington Press in 2017 as part of their New Directions in Scandinavian Studies series. Sjåstad has also been the editor of the academic art history journal Kunst og Kultur (2014–18). These days he is developing an exhibition project on Frits Thaulow together with KODE Art Museums and Composer Homes in Bergen.

Katya García-Antón has been Director and Chief Curator of OCA since February 2014. She is a Biology graduate, and went on to obtain an MA in nineteenth- and twentieth-century Art History from The Courtauld Institute of Art, London. She has worked at The Courtauld Institute of Art, Museo Nacional Reina Sofía Madrid, ICA London, IKON Birmingham and as Director of Centre d’Art Contemporain (CAC) Genève. She has curated three national pavilions for the Sao Paulo Biennial (2004) and la Biennale di Venezia (2011, 2015), and co-curated the first edition of the Qalandiya International Biennial (2011). Amongst other projects, at OCA she has developed a long term program to empower critical writing, ‘Critical Writing Ensembles’, as well as launched ‘Thinking at the Edge of the World. Perspectives from the North’. The latter involves research and programming reflecting and connecting with the Arctic region from an ecological and socio-political standpoint, as well as highlighting Sámi, Indigenous and decolonial practices.

Knut Ljøgodt (Dr. Philos.) co-founded the Nordic Institute of Art in Oslo in 2017 and serves as its Director. He is an art historian specialized in nineteenth-century Scandinavian and European art, in addition to modern and contemporary Norwegian Art. He has written several publications within these fields and been responsible for museum exhibitions such as ‘Black Romance – Gothic Horror and Decadence’ (2009), ‘A. K. Dolven – Ahead’ (2009), ‘David Hockney – The Northern Landscapes’ (2012), and ‘Peder Balke – Vision and Revolution’ (2014), in collaboration with The National Gallery of London. In 2019 Ljøgodt will co-curate the first major exhibition of Edward Burne-Jones in Scandinavia, which will travel to Waldemarsudde in Stockholm and KODE art museum, Bergen. Ljøgodt holds a Cand. Philol. degree from the University of Oslo and a Dr. Philos. From the University of Tromsø – The Arctic University of Norway. He also studied at the Courtauld Institute of Art in London and at the Norwegian Institute in Rome. Previously, Ljøgodt worked as a curator at the National Gallery of Norway, Oslo (1998–2002) and as museum director of Nordnorsk kunstmuseum in Tromsø (2008–2016).