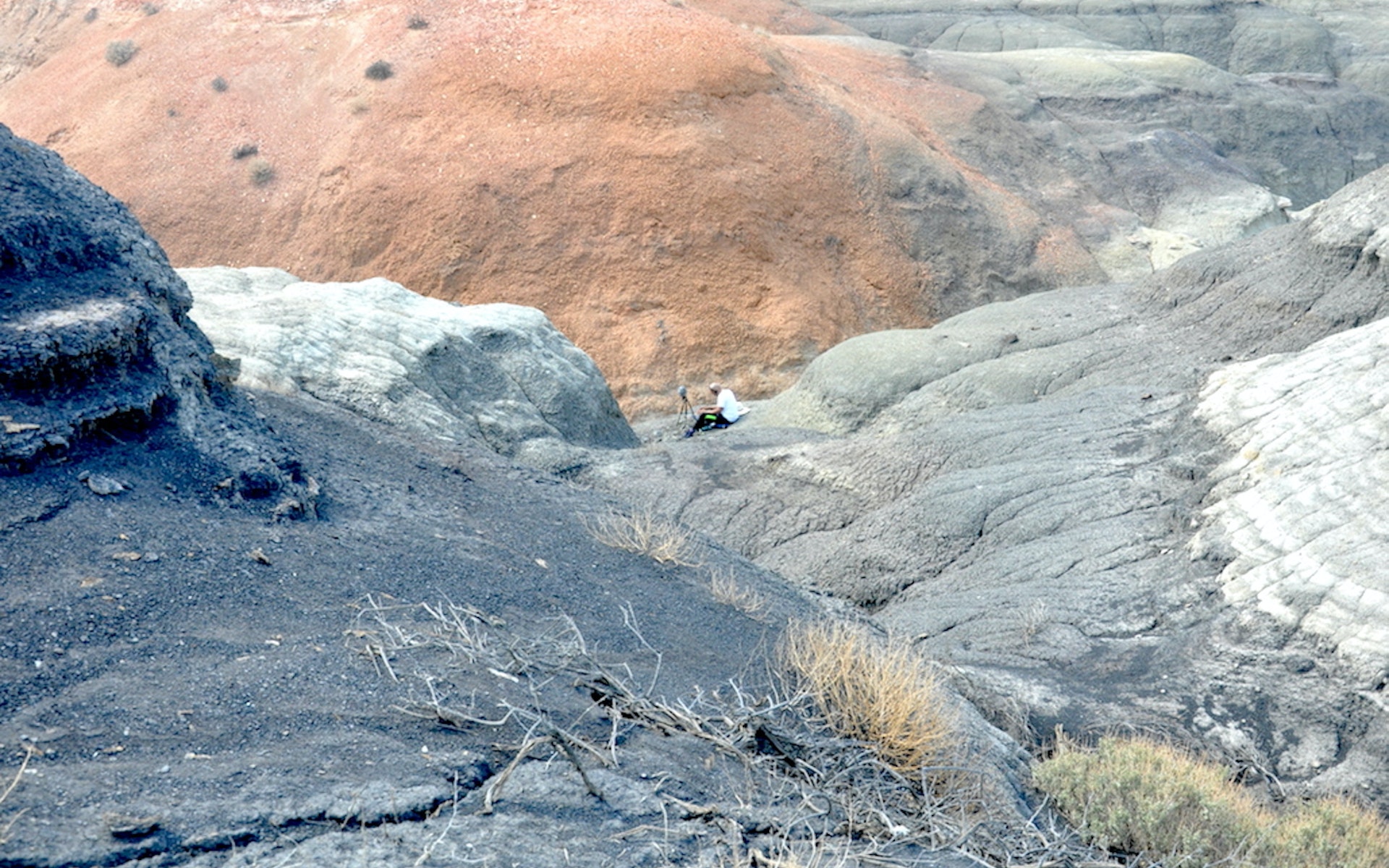 A Gift to Svalbard

'A Gift to Svalbard​' was an exhibition by artist Oswaldo Maciá spanning a single day in Vinkelstasjonen (a former coal mine station on Svalbard), an archipelago between mainland Norway and the North Pole. Presenting work made during his OCA nominated residency at Artica Svalbard, ​'A Gift To Svalbard​' was a one-day installation made of sound, smell, light and monoprints.

“During my time in Svalbard, I continued my project to record migratory winds in different deserts around the world. Together these form the iterative acousmatic composition Fables of the wind. Svalbard is a key location: it is a centre for research, a place for direct observation of the tragedy of climate change, and an Artic desert where the subsoil is permanently frozen. Fables of the wind places us in the allegorical space of the wind, an endless cycle of departure and return. The chapter A Gift To Svalbard is an olfactory acoustic sculpture bringing together the smell of roses with the sounds of migration. The aural composition is formed from three movements: the sounds of migratory winds and the calls of crosspollinating insects, the rumble of industrial machinery, and the reverberation of border fences. A rich, beautiful smell will be experienced on entering Vinkelstasjonen, developed in collaboration with the master perfumer Ricardo Moya of IFF, Amsterdam. The olfactory element has been made from roses sourced from plantations in countries that are part of the 1920 Svalbard Treaty. Alongside these sounds and smells are monoprints made in the print studio at Artica, showing insects and flora from Svalbard.” - Oswaldo Maciá

Made in response to the histories and futures of Svalbard, Maciá’s immersive installation filled Vinkelstasjonen with evocative scents and sounds. The title refers to the idea of the gift: an act of generosity, sometimes expecting nothing in return, but often times suggesting future favours. Maciá is interested in the gift without favour, describing the Arctic “as a great case study for other parts of the planet: if we give instead of continuing to take perhaps we can have the Arctic for longer, and perhaps other parts of the world might follow the example.”

During his Artica Residency, Maciá recorded the winds of the tundra of Svalbard, currents of air that impact global cross-pollination. In the print studio at Artica he developed a series of vibrant monoprints that are studies of the flora of Svalbard and the few local pollinators – in the extreme cold it is flies that do the work of fertilizing flowers. These prints have been scaled up on the occasion on the installation, spreading outside the mine into the surrounding landscape.

Katya García-Antón, Director and Chief Curator of OCA – Office for Contemporary Art Norway says: “Maciá’s field-based artistic research across tropical rainforests and extreme deserts leads to symphonic compositions as well as olfactory-acoustic sculptures and installations that excavate the counter-narratives of human and geopolitical relevance embedded in our understanding of the past, present and future.”

Listen to Maciás soundfile from the artwork: 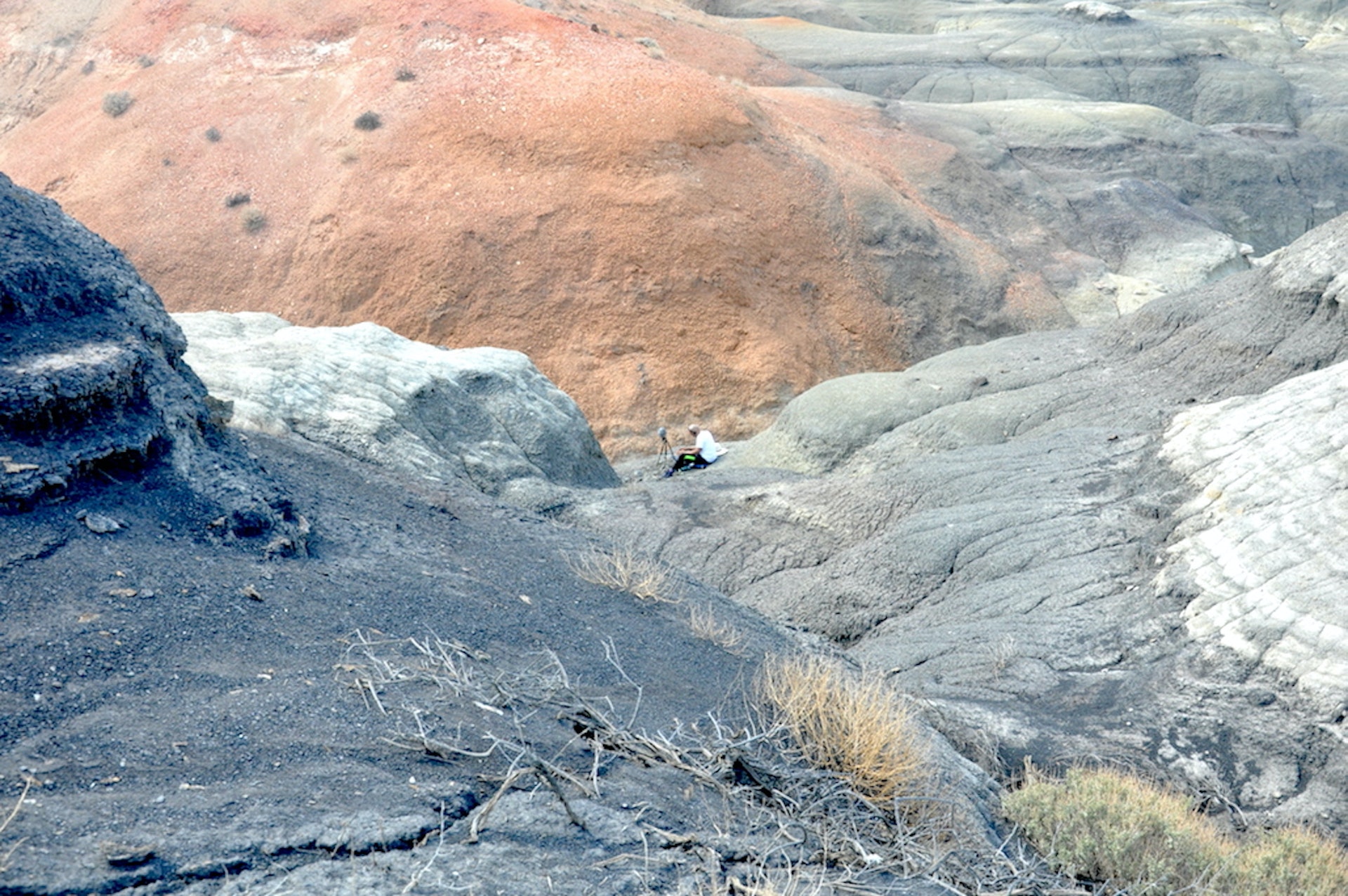