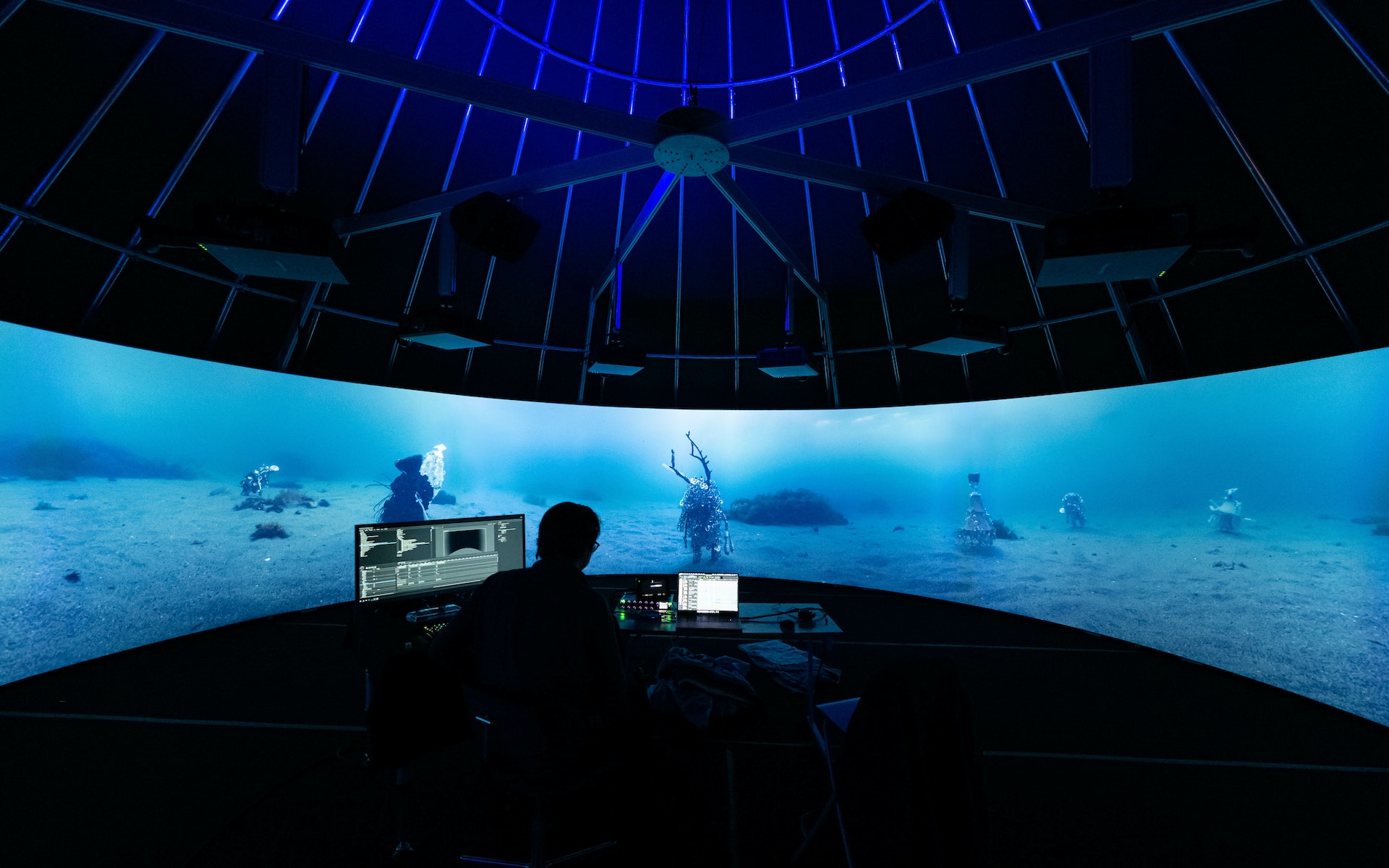 ÁRRAN 360° is at the cutting edge of Sámi film and digital media arts. This first-of-its-kind art project will feature six original 360-degree screen-based works created by six leading Sámi artists from across Sápmi, the Sámi homeland, which extends across the Arctic region of Norway, Sweden, Finland and the Kola Peninsula in Russia.

ISFI Director Anne Lajla Utsi comments: With ÁRRAN 360°, we want to invite world audiences to experience the spirit of our circular storytelling and to embrace viewers with our soul-scapes and connection to land. Arran is a Northern Sámi word to describe the hearth of a lávvu (a traditional Sámi tent) and around which our storytelling has taken place since time immemorial.

In another global first, ÁRRAN 360° will be presented in a purpose-built, monumental lávvu, the size of a building, and equipped with a 360-degree screen designed to showcase these special works. Located at the northern end of the Venetian island of San Servolo – between the Giardini della Biennale and Lido, home of the Venice Film Festival – on the grounds of Venice International University, ÁRRAN 360° will become a unique artistic and cultural space for immersive and holistic Indigenous storytelling and reflections.

ÁRRAN 360° will run from 26 August to 10 September 2022 and will be an official part of the Nordic Pavilion’s ‘The Sámi Pavilion ́ project at the Biennale Arte 2022. This historic transformation of the Nordic Pavilion celebrates the art and sovereignty of the Indigenous Sámi people, whose nation extends across the Nordic countries and into the Kola Peninsula in Russia.

Several additional artistic presentations and events will be held in associated with ÁRRAN 360°, including a programme of Indigenous Augmented Reality (AR) works, seminars, talks, and a curated programme by Julie Nagam and Heather Igloliorte featuring Arctic Indigenous 360° works from Canada. Additional details of associated programmes and events can be found on ÁRRAN's official website by following this link. 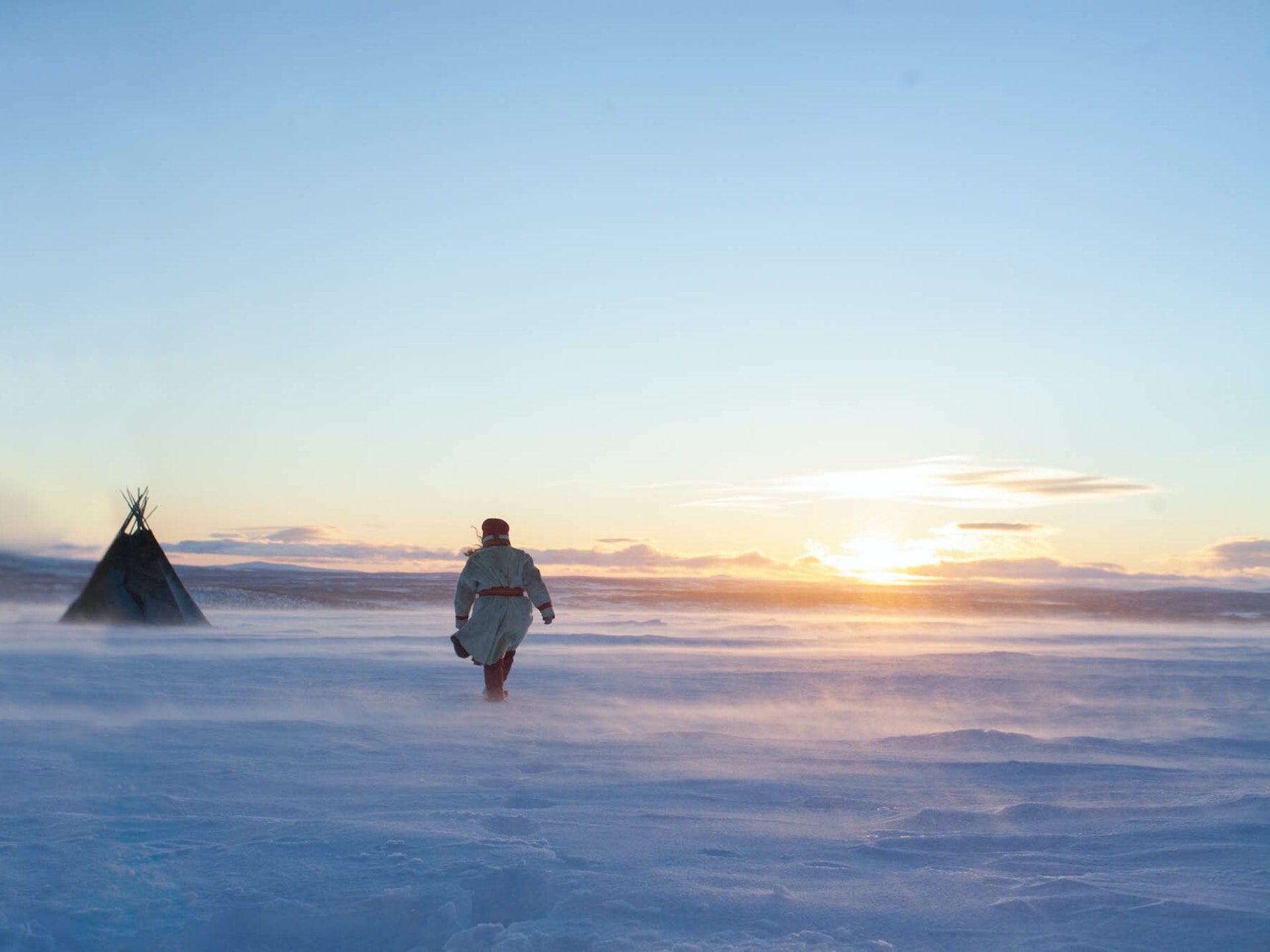 A young woman embarks on a journey into a dreamlike otherworld to discover that every tiny action we do in this world has a direct resonance in a myriad of other realms. 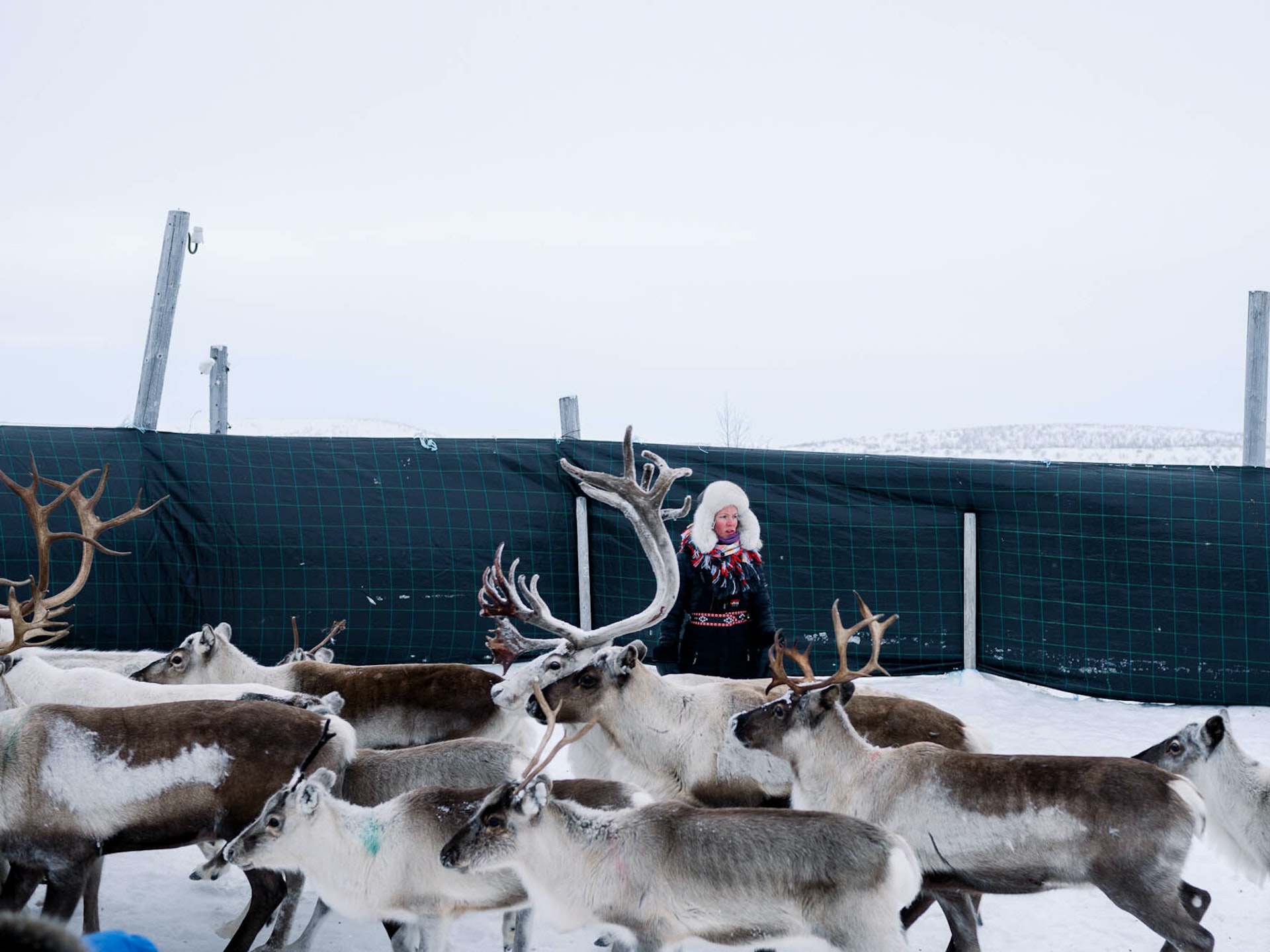 Standing at the heart of the girdnu (reindeer corral) surrounded by reindeer moving in a circular motion, the viewer will experience a sense of the great forces that exist at the heart of reindeer herding. 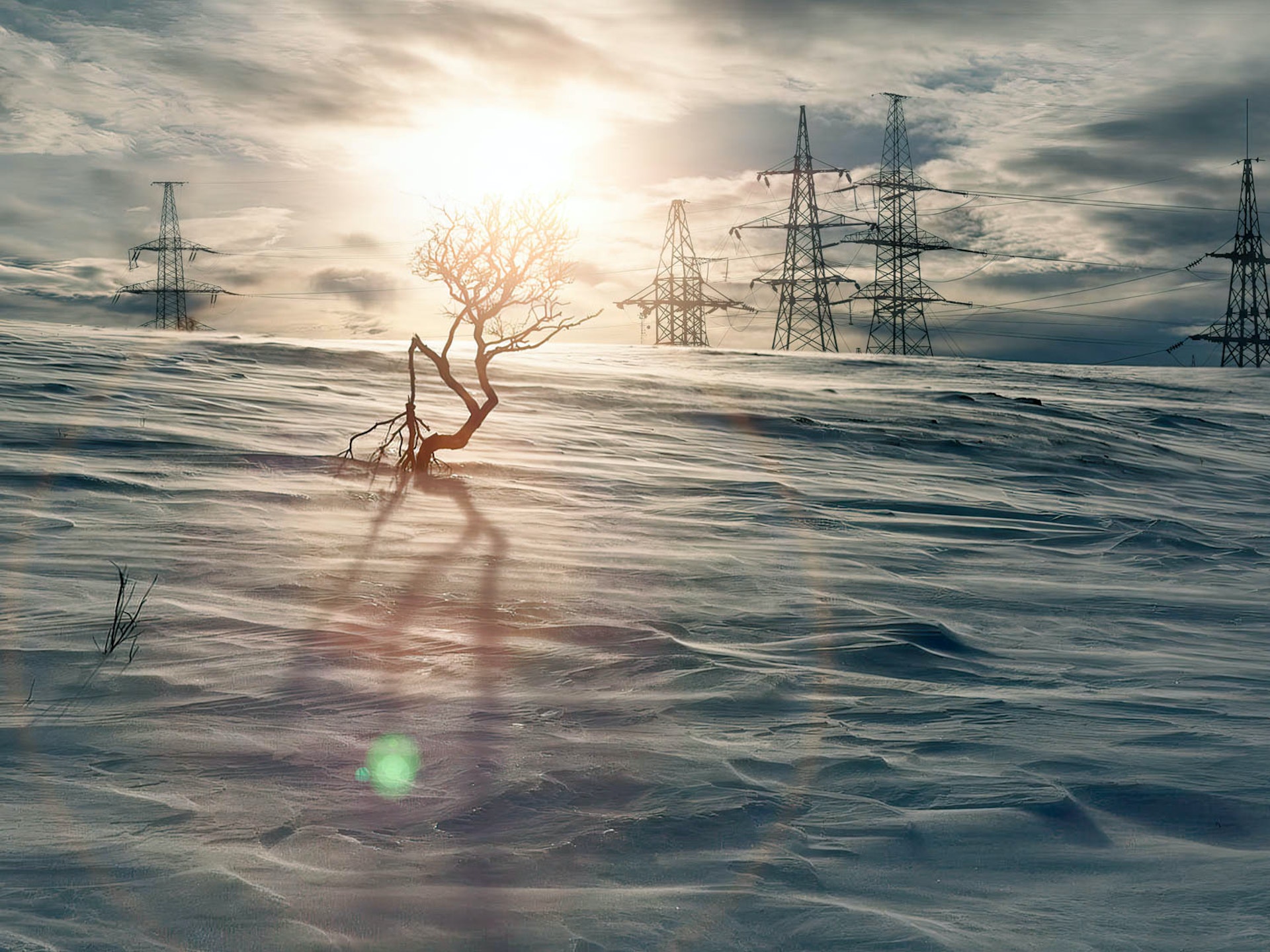 The immense power of water and humans’ dependence on it will be contemplated in this surreal video art piece. 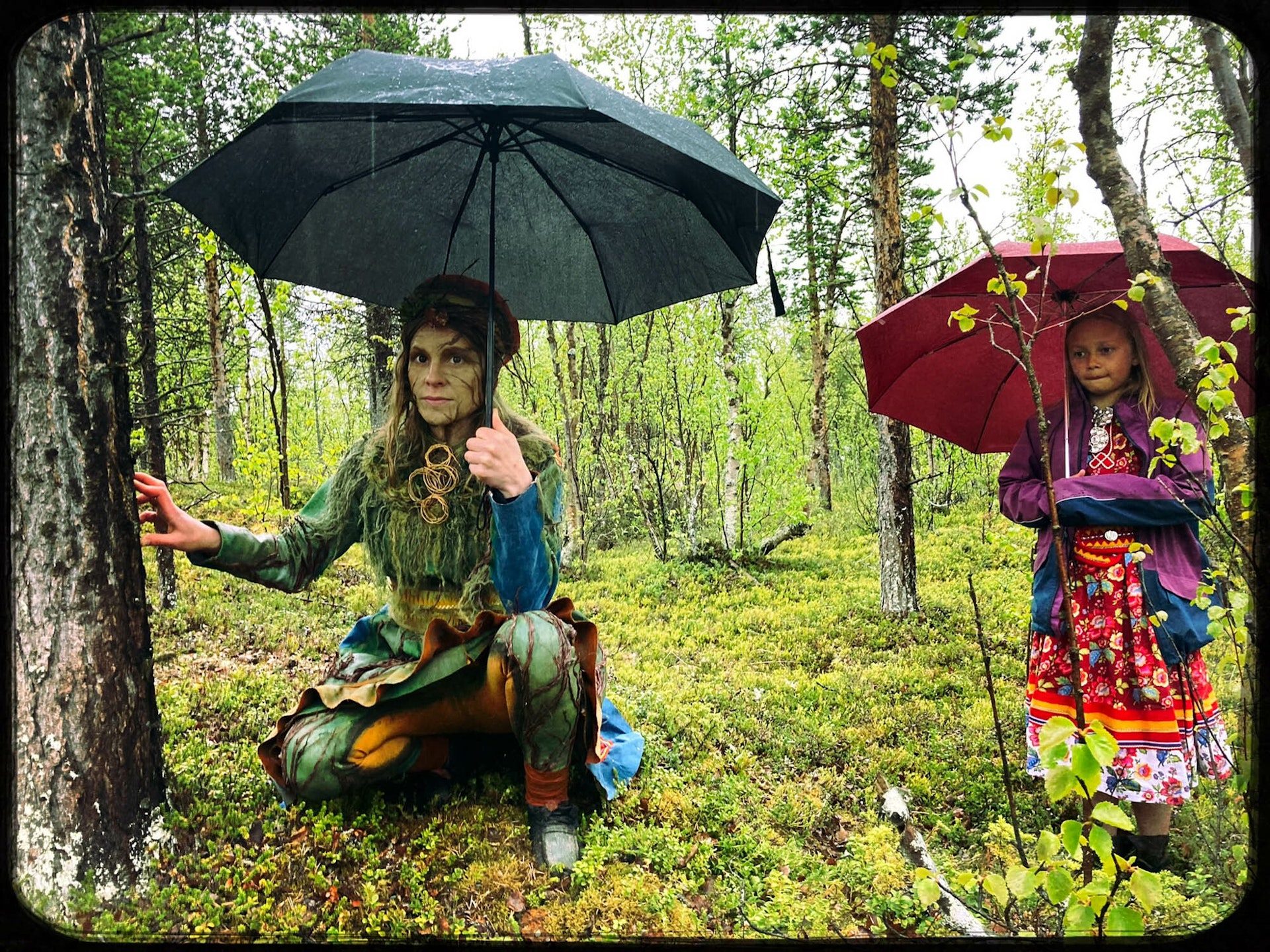 The Háldi is a forest creature that may lure children into the woods. Is it only a part of Sámi mythology or is it as real as you and I? 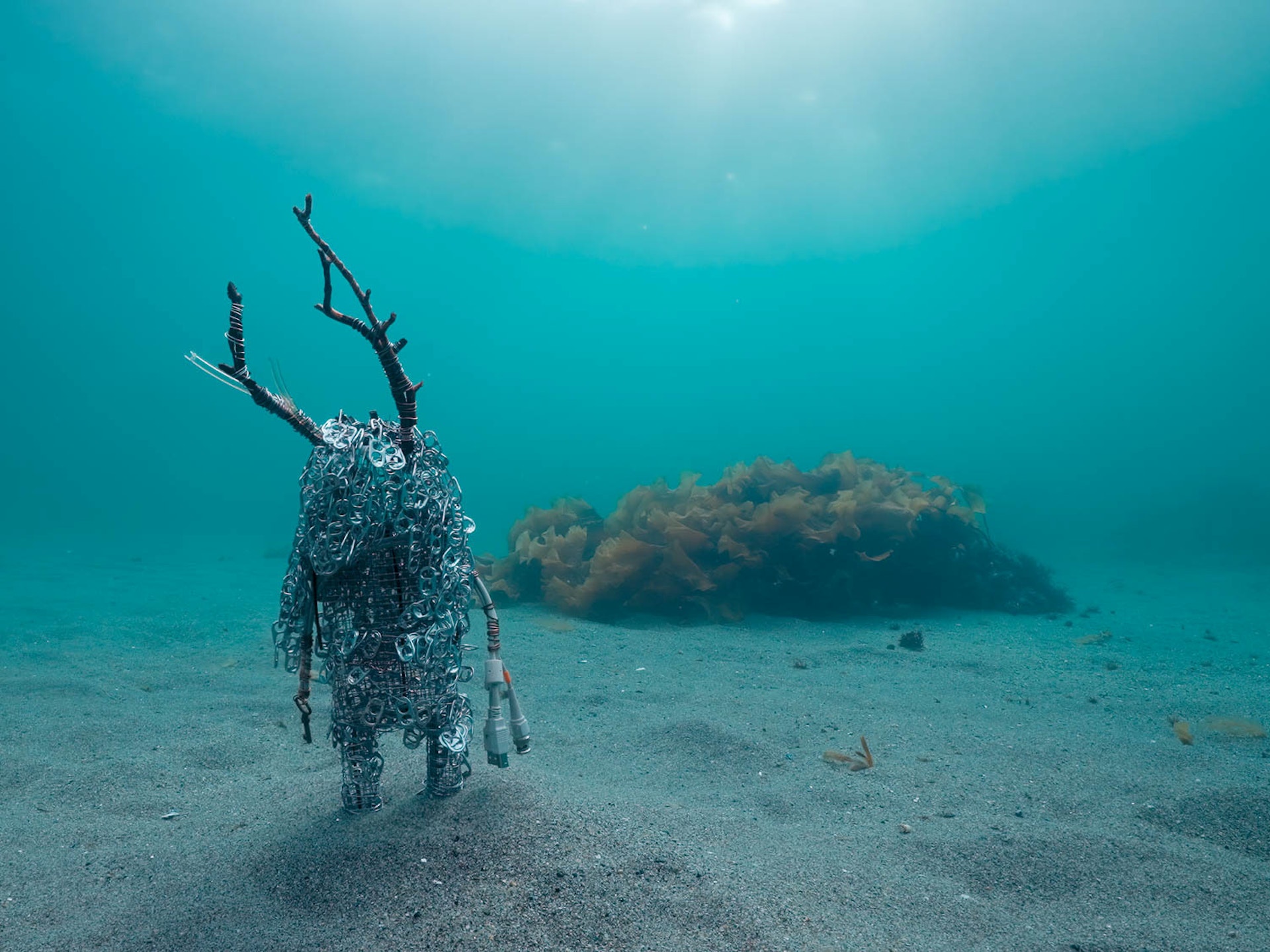 The áfruvvá is a Sámi sea-being, the ghost of a drowned person. Yearning for warmth, she emerges from the sea to a world devoid of humans and experiences humanity through an abandoned museum. 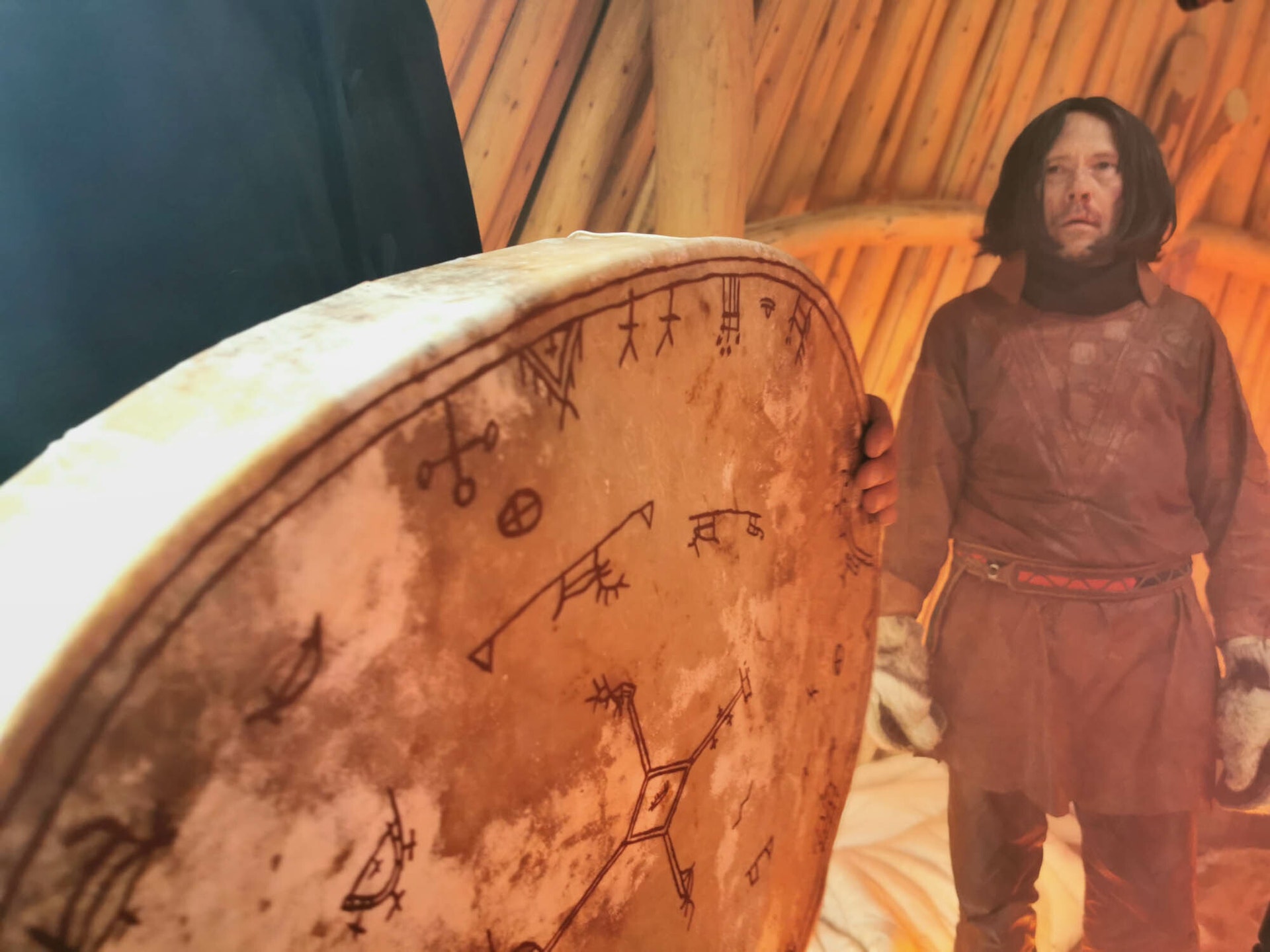 After a sacred Sámi drum is abducted by a Christian priest, we are taken on a journey beyond space and time that reveals more about the drum’s innate power. 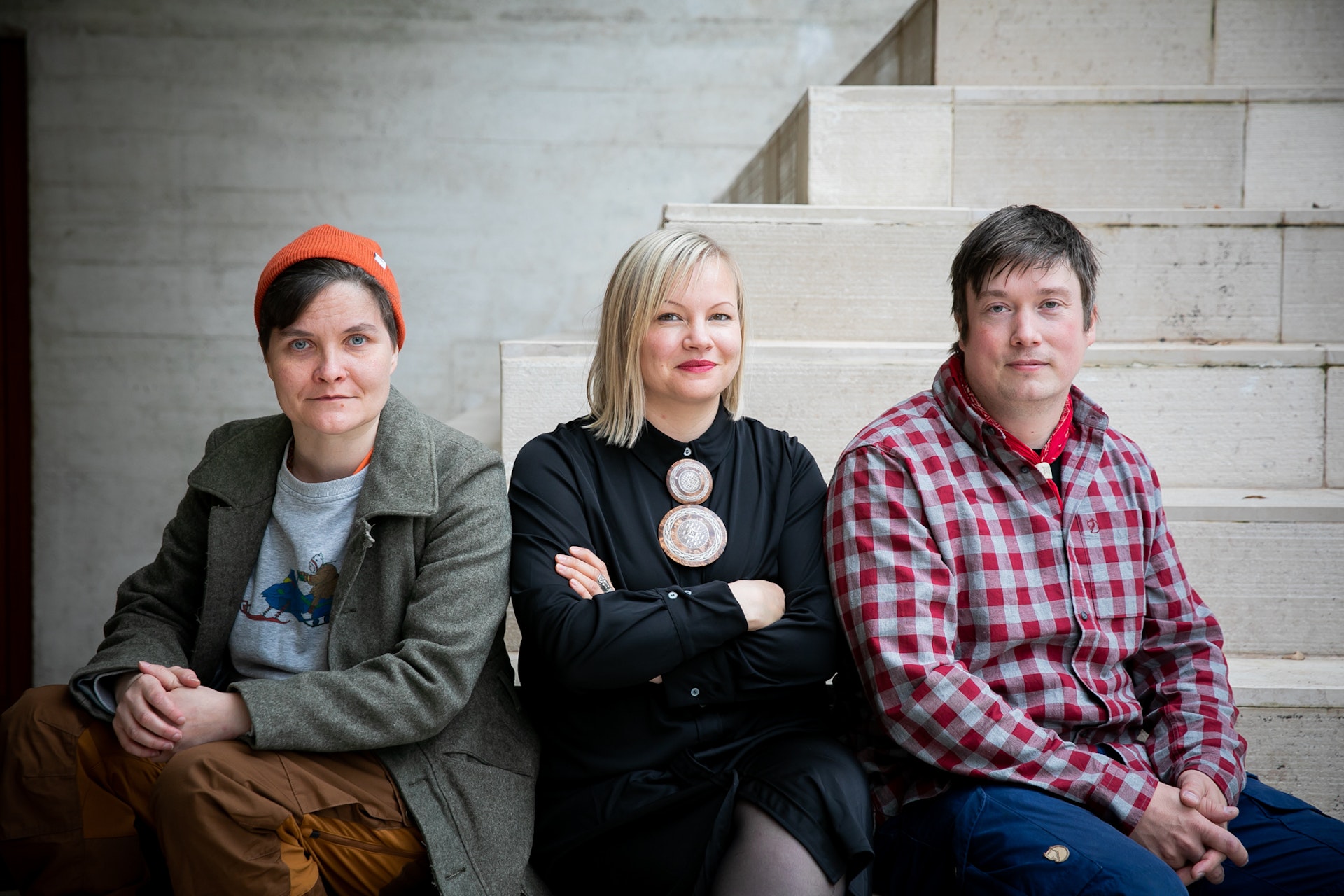 In an historic first, the Nordic Pavilion in Venice is transforming into the Sámi Pavilion, with a project commissioned by Office for Contemporary Art Norway (OCA) featuring the Sámi artists Pauliina Feodoroff, Máret Ánne Sara and Anders Sunna during the 59th International Art Exhibition of La Biennale di Venezia in 2022.